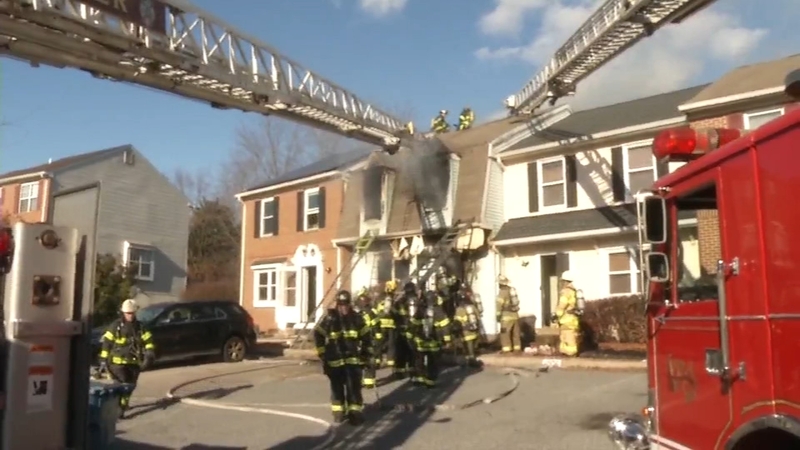 NEW CASTLE, Del. (WPVI) -- One person was found dead following a fire at a townhouse in New Castle, Delaware on Friday.

The fire was reported shortly before 10 a.m. at the Meadows of Wilton in the 1000 block of Old Forge Road.

The victim was identified as 60-year-old Robert Pedelini, a former autoworker at GM who had been the victim of several strokes.

"He was a handicapped gentleman, very nice. He kept to himself," said neighbor Marilyn Burgos.

Firefighters arrived to find flames erupting from the home.

The blaze was brought under control in about 45 minutes.

A total of three townhouses were damaged. There was no word on a cause of the fire.

An autopsy will be performed Saturday to determine Pedelini's exact cause of death.

A firefighter suffered an ankle injury.

The Delaware Office of the State Fire Marshal is investigating.