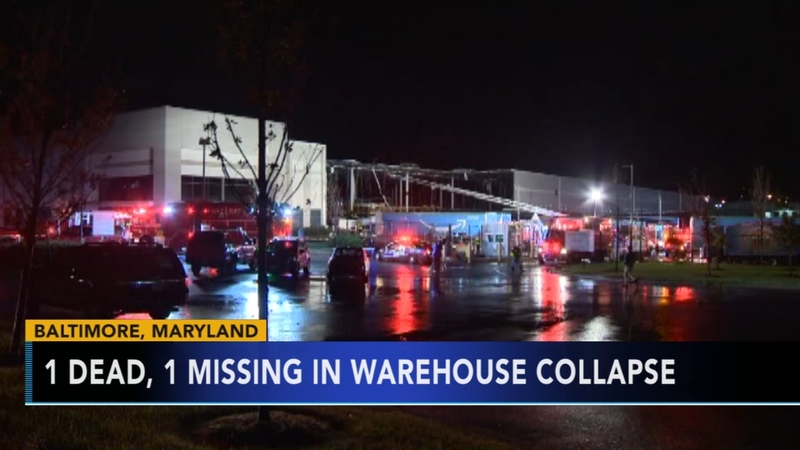 BALTIMORE -- The fire department says one person is dead and another was unaccounted after a weather-related building collapse at an Amazon distribution warehouse on Baltimore's southeast side, the Baltimore Sun reports.

Chief Roman Clark tells the Sun that a 50-foot wall collapsed late Friday at the Amazon Fulfillment Center as a storm hit the area. Clark says one person was found under debris and taken to a hospital, where the person was pronounced dead, the Sun reports. He adds that a second person was unaccounted for.

Images taken from outside the facility showed a badly damaged truck and a knocked over light pole, the Sun reports.

The National Weather Service had earlier warned of thunderstorms in the area, with some producing gusty winds and heavy rain.