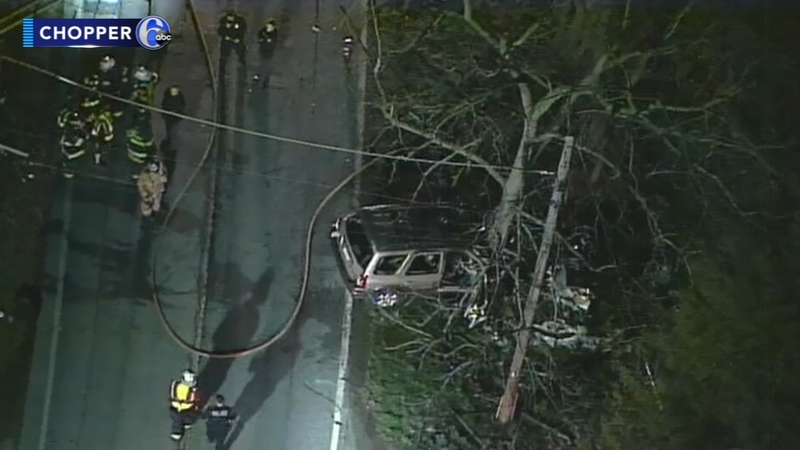 CHESTER COUNTY (WPVI) -- One person was killed and three police officers were hospitalized following a crash in Chester County.

Chopper 6 was over the scene along the 600 block of East Reeceville Road in West Brandywine.

Police say that's where an SUV left the roadway and hit a tree around 8 p.m. Friday.

A female victim became trapped in the burning vehicle. The officers were injured trying to rescue her from the burning wreck.

Unfortunately, the victim died at the scene.

The three officers were taken to Paoli Hospital with smoke inhalation. They were treated and then released.

A second driver in another vehicle was also taken to the hospital for treatment.

The road was shut down for several hours while the police department investigated.