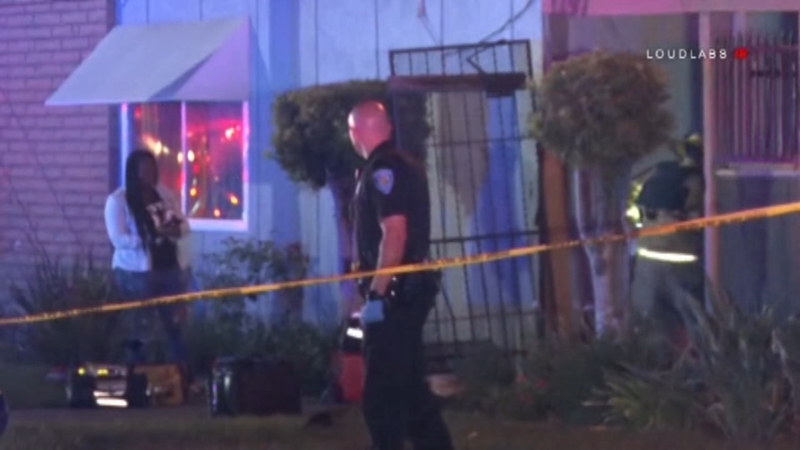 SAN BERNARDINO, Calif. -- According to police, 10 people are in the hospital this Labor Day following a gun battle in one neighborhood in San Bernardino, California.

Authorities say officers arrived to find an unruly crowd and those injured in a common area of an apartment complex. They say people had gathered to play a game, possibly dice, and the shooting started when someone showed up to that gathering.

Officials say there is gang activity in the area, but could not say if the shooting was gang-related at this point.