Jonathan Papelbon, Bryce Harper get in fight during Phillies game 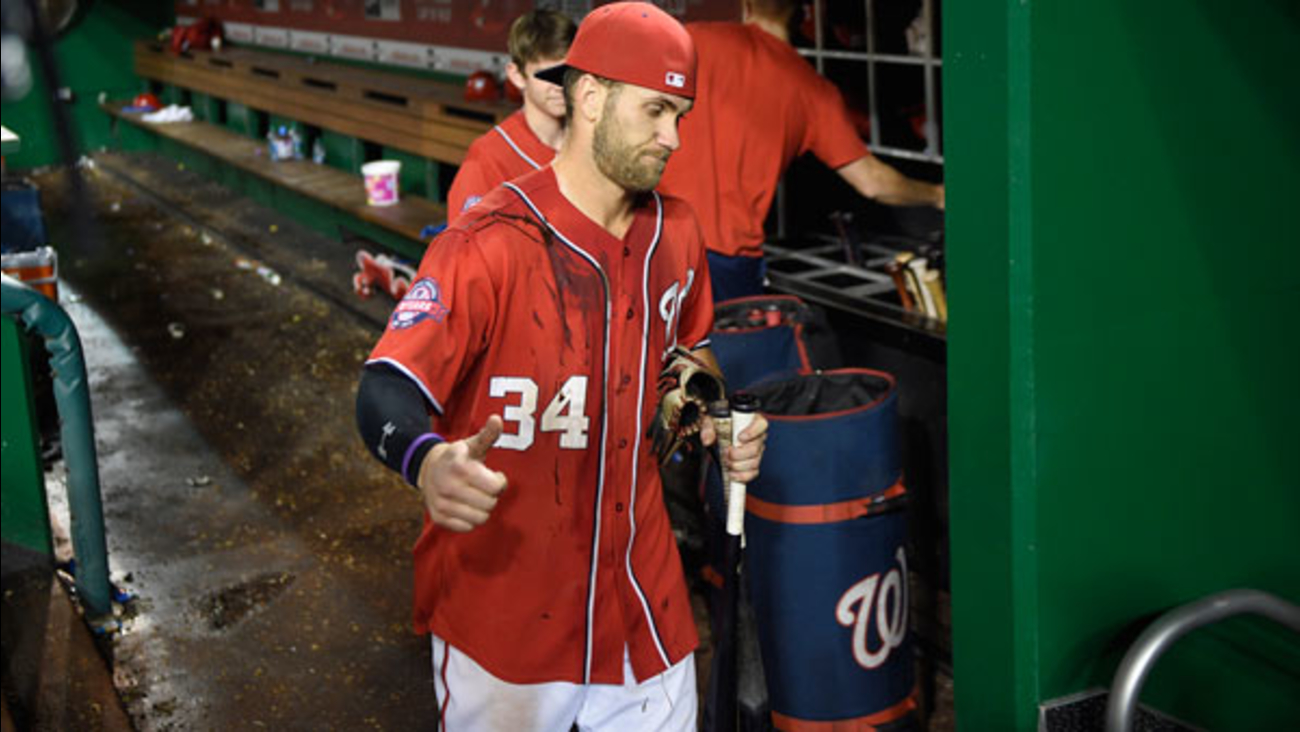 Washington Nationals' Bryce Harper (34) gestures and walks along the dugout after a baseball game against the Philadelphia Phillies, Saturday, Sept. 26, 2015, in Washington. (AP Photo/Nick Wass)

Nationals teammates Bryce Harper and Jonathan Papelbon got into a fight in the dugout during a game against the Philadelphia Phillies and were separated by others on the bench.

After Harper flied out in the eighth inning Sunday, he and Papelbon exchanged words when the NL MVP front-runner got back to the dugout.

Papelbon then reached for Harper's throat with his left hand and shoved the outfielder back toward the bench with both arms. Teammates then pulled the pair apart.

Papelbon had entered the game in the top of the eighth and stayed in to pitch the top of the ninth. But Harper did not go out to his position in right field for the ninth and was replaced in the lineup.

The Nationals were eliminated from playoff contention on Saturday.