The 100th 6abc Dunkin' Thanksgiving Day Parade is 50 days away 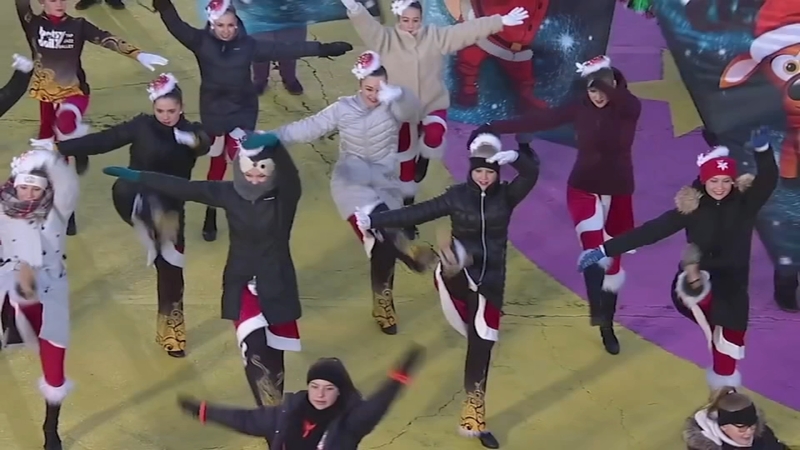 The 100th 6abc Dunkin' Thanksgiving Day Parade is 50 days away

PHILADELPHIA (WPVI) -- The countdown is on to the 100th 6abc Dunkin' Thanksgiving Day Parade, now only 50 days away.

It's a tradition that has become synonymous with the holiday itself, and there are no better historians for it than the people who produce it at Action News.

"It started as a marketing ploy for Gimbel's in Philadelphia," explained John Morris, the Vice President of Multiplatform Programming. "Then other department stores did a similar parade, but then for families, it became a great tradition.

Morris is the executive producer for the parade and is in charge of a staff of people who work on the show all year round.

One of those people is Maria Dibenedetto, who has gone to every parade since 1978.

Her father was an executive at Gimbel's and she began volunteering at a young age.

A few years ago, her mother made her a scrapbook documenting their family history at the parade.

"Everyone wanted to be on Santa's court and I was one lucky gal to be able to be a part of that," she said as she flipped through the pictures.

"You know there are so few people who can say they've had this lifelong opportunity, to be a part of a tradition like this that is important to so many people," Dibenedetto said.

The team is in full swing planning the parade that they guarantee will pay tribute to its 100-year history.

Morris says visiting that history has been special for him.

"One of the fun things for me in going through the archives has been looking at the pictures of kids along the parade route in the '70s to see if I can find pictures of myself because I was one of those kids. I was there with my family and my friends," he said.
Report a correction or typo
Related topics:
community & eventsphiladelphia news6abc thanksgiving day paradethanksgivingphiladelphia proudcommunityphilly proud
Copyright © 2022 WPVI-TV. All Rights Reserved.
TOP STORIES
3 teens injured in shooting near school in Tioga-Nicetown
McCormick sues over counting mail ballots in Pa. Senate race
Former Pa. AG sent to treatment after probation violation
City announces $13 million in funding to dredge Schuylkill River
Father puts 1,000 miles on his car to find specialty formula
Philly musician pays tribute to Korean-American heritage
South Jersey veteran surprised with new roof
Show More
'I fought': Trevor Reed describes his survival in a Russian prison
2 men stabbed at Philly train stations, including 30th Street Station
DC attorney general sues Mark Zuckerberg over data breach
Russian sentenced to life in Ukraine's 1st war crimes trial
Baby formula shortage: Pa. among 10 states with lowest availability
More TOP STORIES News