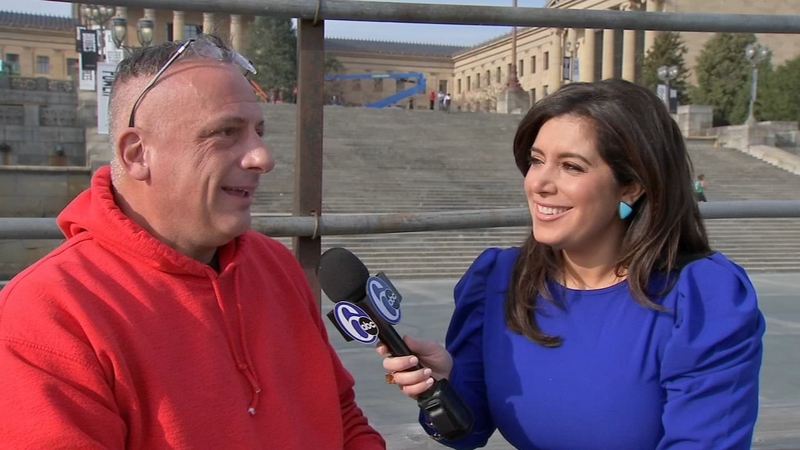 PHILADELPHIA (WPVI) -- If you've ever watched the finale and wondered how they pull it off, turning the streets of the Benjamin Franklin Parkway and the steps of the Philadelphia Museum of Art into a masterpiece, let us introduce you to the man behind the magic.

"Just to think that a small town boy came from central Pennsylvania and somehow was given this opportunity," beams Todd Marcocci, a co-producer of the parade," and here I am having the honor of doing this for the 100th parade is quite overwhelming."

In 1979, Marcocci's father brought him to the parade, and to Philadelphia, for the very first time.

"We got in the car, drove four hours here that morning and we stood literally right down on the Parkway," he said.

He fondly, and emotionally, recalls the spot.

Two years later he would march in the parade, and he's choreographed every single finale since 1991.

"This is my 29th year of designing and producing the finale," Marcocci says.

It's a massive undertaking. This year there are 1,500 performers.
"Everything is drawn out to the 22.5-inch space," he says.

And for this 100th he's doing something different with the finale.

"I've had this idea in my head for 10 years, thinking back to Gimbels and Uncle Wips Toyland," he says.

Marcocci won't divulge too much about Santa's role this year, other than to recommend tissues.

He's tapping into nostalgia and tugging at heartstrings.