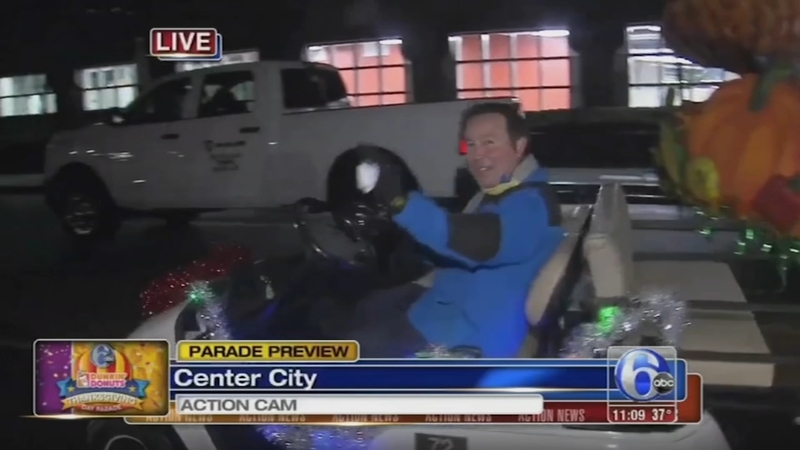 This is the 21st year Cuellar and his photographer, Yuri Gershman, will give viewers a tour of the floats the night before the parade.

Looking back on the first year, Cuellar says, "I didn't want to do this, because, to me, this is not the kind of thing that newsmen do."

Then Gershman, and Jackie Bacher, who is part of the original parade preview crew sold him on the idea.

Gershman says it's one of his favorite assignments of the year.

"Working in news, sometimes you deal with a lot of stories which are crime-related or accident-related, but doing the preview of the parade...it's a fun story to do. It lets us be more creative," said Cuellar.

The duo says one of their favorite memories is when Cuellar did a duet with Patti LaBelle.

"We try to give it a lot of thought and we'll have some fun with it again this year," said Cuellar.