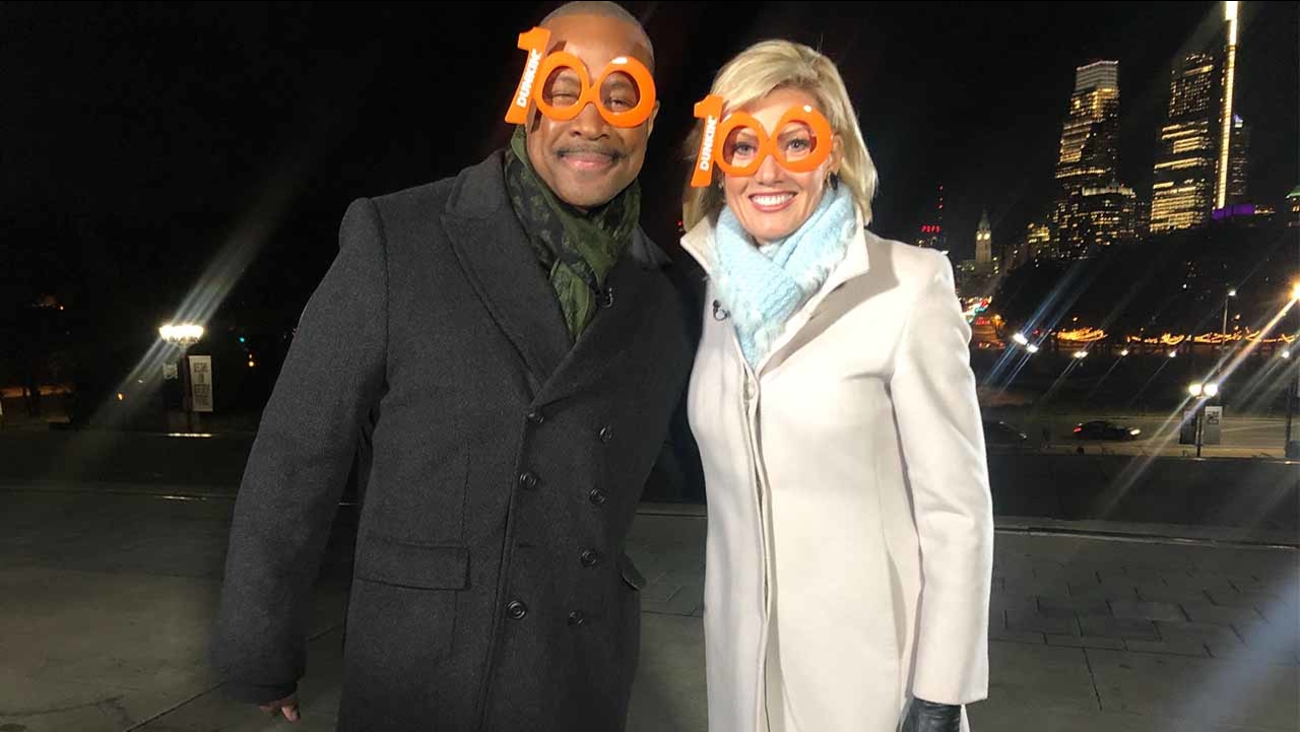 In 1920, Gimbels Department Store staged the very first Thanksgiving Day Parade in America. In the century since, it has become one of Philadelphia's most treasured traditions.

In this special look back, we meet families who've lined the Benjamin Franklin Parkway for decades, and reunite with longtime hosts Dave Roberts & Lisa Thomas-Laury who take us on a star-studded walk down memory lane. Plus, the floats, balloons, bands and volunteers that bring the 6abc Dunkin Thanksgiving Day Parade to life.

It's Hard to believe but when the very first Thanksgiving Day Parade was staged in 1920, the Benjamin Franklin Parkway had just been finished and construction on the Philadelphia Museum of Art, where the parade ends, had just begun. It wouldn't be finished until 1929.

The Parade marched on through the Great Depression and World War II but it almost met its end in 1986. Rick Williams takes a look back at the history of the day.
EMBED More News Videos

When the Thanksgiving Day Parade rolls into town, these families keep going and going.

Every Thanksgiving, the Benjamin Franklin Parkway is lined with people, who come year after year. And every year, Adam Joseph and Alicia Vitarelli, travel the route looking to meet some of the parade's most devoted fans. Here are three families who haven't missed a parade in decades.
EMBED More News Videos

These aren't your parent's parade floats; today's offerings are more exotic and captivating than ever.

The Floats: Then & Now

The 6abc Dunkin Thanksgiving Day Parade has come a long way in a century, and nowhere is that more evident than in the quality of the floats. From nursery rhyme characters on wheels pulled by strings to a 22,500-pound float designed by a Mardi Gras King, known as one of the world's best float builders.

It's not a parade or a party without these three crucial elements.

The Balloons, The Bands & The Volunteers

In the old days of the Thanksgiving Day Parade, Gimbels had a 'prayer committee' that would travel the route the night before and pray that it wouldn't rain on their parade. And if the weather was inclement, it might be postponed until the next sunny day. Now the 6abc Dunkin Thanksgiving Day Parade marches on, rain or shine and hundreds of thousands of people line the streets to see the balloons and bands go by. And hundreds of volunteers make it all possible.
EMBED More News Videos

Karen Rogers takes us on a star-studded walk down memory lane.

In the early days of televising the Thanksgiving Day Parade, there was a time when it was actually staged twice! The marchers did an abbreviated version for the TV audience at home and then the full parade marched on for the onlookers lining the street.

Now the entire three-hour extravaganza is broadcast live on 6abc and, we've seen a lot of big names through the years. Karen Rogers takes us on a walk down memory lane, led by longtime hosts, Dave Roberts and Lisa Thomas-Laury.
EMBED More News Videos

It's a lot harder than you think it is to work the parade route ... and not float away!