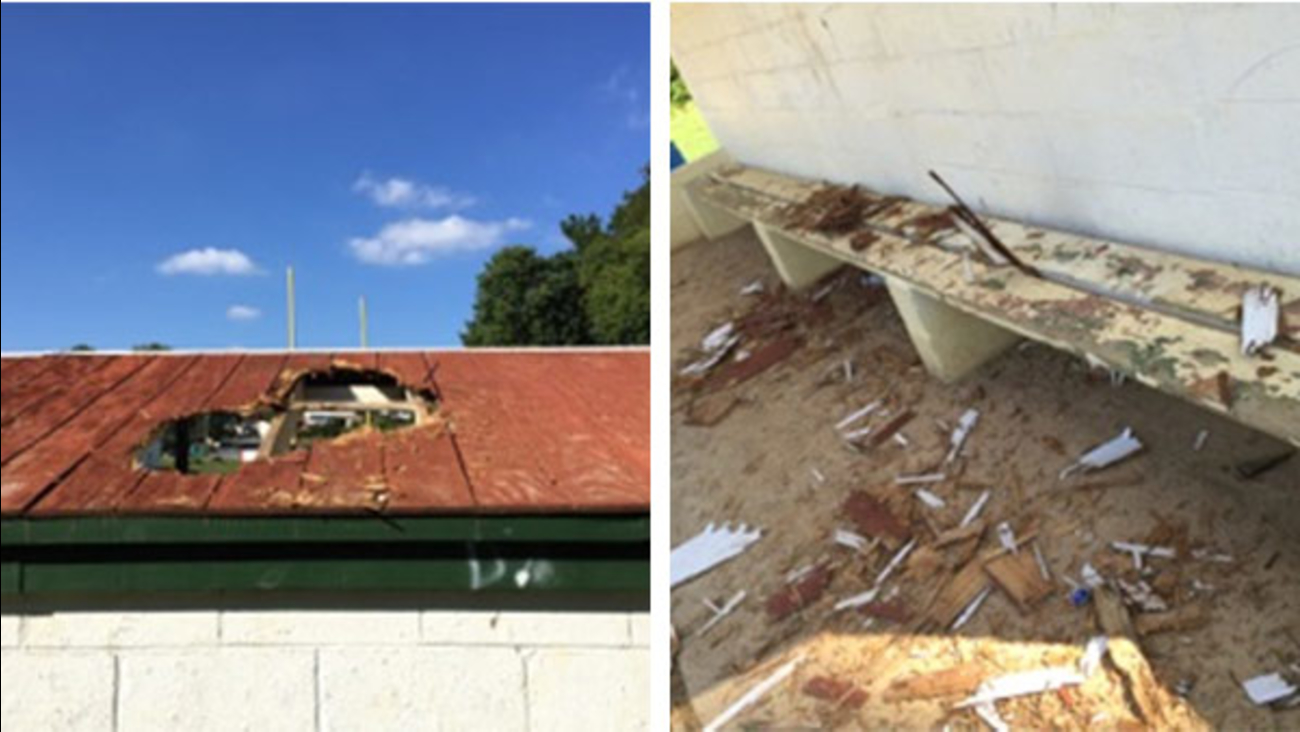 RIDLEY TWP., Pa. (WPVI) -- The Ridley Township Police Department is investigating the vandalism of dugouts at a neighborhood park.

The incident took place Sunday on a field at Black Rock Park.

Police say they were informed that a group of young boys used baseball bats to damage the dugouts.

Young girls who apparently witnessed the vandalism say the boys were around 8 years old.

The girls say they told the boys to stop, but they continued.

The girls then told an adult at the park what happened.

The vandals caused damage to the roof of the dugouts as well to the electrical equipment. The damage is estimated at over $1,000.