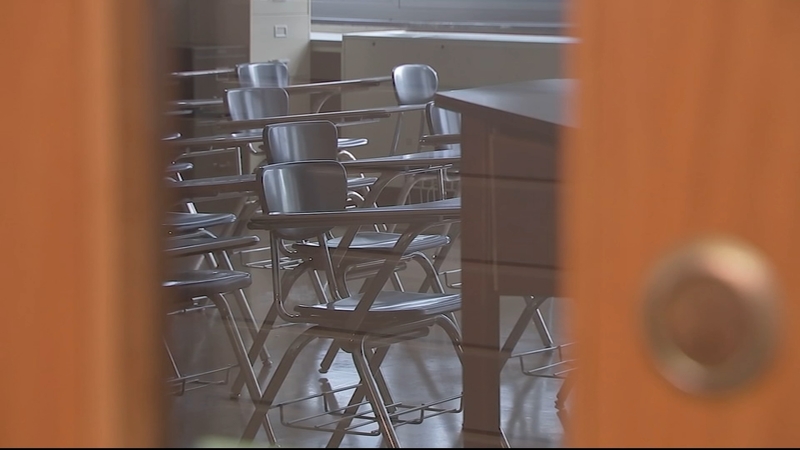 PHILADELPHIA (WPVI) -- A scholastic showdown in Philadelphia looms just days before teachers and some 9,000 students are expected to return to the classroom.

The Philadelphia School District is adamant that plans to have some 2,000 pre-k to second-grade teachers, food service, and support staff back in buildings this coming Monday will move forward.

"Yes, I do feel that schools are ready to receive individuals," said Superintendent William Hite Jr. during a virtual briefing on Thursday.

The president of the Philadelphia Teacher's Union isn't convinced.

This back and forth follows weeks of debate and fears brought on by educators and the union over the installation of window fans to improve airflow in classrooms with little to no ventilation.

"It is our good faith effort to help resolve this issue and it's an effort that's on top of PPE that has been purchased in schools, social distancing, markings, sanitizing," Hite said.

The school district said it has spent around $4 million in improving ventilation efforts, though the exact dollar amount on the fans wasn't made clear.

"I was somewhat surprised. It's not the kind of high tech instrument that I would have expected," Jordan said of pictures of the fans that were posted online by teachers in schools where they were installed.

Jordan, far from impressed by the school district's efforts, has invoked the union's previously agreed upon ability to call in a third-party expert to decide whether or not buildings are safe enough to return.

"Our goal is to have a decision from the neutral third party before Monday," said Jordan.

The other topic of concern: ensuring teachers are vaccinated.

School district officials said while it was never a condition in deciding whether or not to reopen schools, they are hopeful most will be inoculated before students return.

But more than 100 certified school nurses in the city have called for all staff to be vaccinated before returning to the classroom.

"We are the experts. I mean we are hired, we are members of this community because we have the expertise, and that's our feeling and we're kind of sticking with that story," said Academy at Palumbo nurse Eileen Duffey.

Neither the union nor the school district want to speculate on what will happen if both sides can reach an agreement.