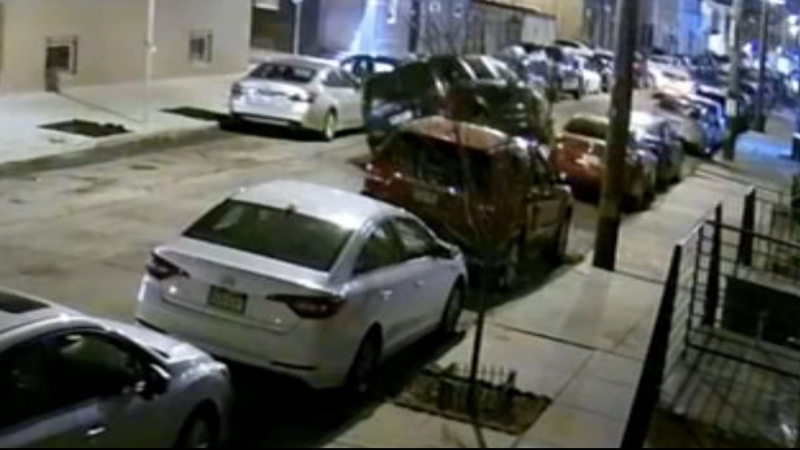 PHILADELPHIA (WPVI) -- Philadelphia police are taking action after a 6abc investigation revealed thousands of solvable hit-and-run accidents in the city are not being investigated.

Hitting a car and leaving the scene is a crime even if there is not much damage to the other vehicle.

But some frustrated drivers have accused police of failing to investigate non-fatal accidents, leaving them liable to fix their vehicles.

Will Crooks recorded a hit-and-run outside his Point Breeze home on Reed Street in November.

"It sounded like a small bomb went off," Crooks said.

The male driver of a car smashed into two vehicles and ended up on top of one of them. In cellphone video, you can hear a female driver who showed up on the scene instructing the man to back up off the car.

His vehicle eventually gets off the other car and he assesses the damage before taking off.

You can hear his flat tire flapping along the roadway.

"My first reaction was, 'You know, this looks like this guy is not sober; he's probably going to try to get away,'" said Crooks. "Hopefully I can get some footage of the accident so that I can at least give it to the cops."

Crooks said he gave the evidence to his neighbor who owned one of the heavily damaged cars. He said she went to the police with the recording.

"She says that they weren't able to do anything," Crooks said.

This accident is just one of the thousands of hit-and-run accidents in the city.

Action News began investigating after another alleged victim told us she went to police with the license plate number of a red Volvo after being hit.

Despite the evidence in hand, she said a district police officer simply told her to "deal with your insurance company."

Ali Birouti said his car was damaged in a hit-and-run this summer in front of his home in Point Breeze.

A witness left a note on his car detailing the striking vehicle and the license plate number.

He said a district officer told him there was not much they can do, and to take it up with insurance.

Unfortunately, the cost to fix the damage is less than his $2,000 deductible.

During the past five years, the Philadelphia Police Department had roughly 16,000 to 17,000 hit-and-run cases a year. How many of those that were actually solved and led to charges, police can't say.

But it's one factor that drives up insurance rates, and Philadelphia has among the highest rates in the country.

"I just cried because it was so upsetting," said Mary Dress.

Dress said she was the victim of a hit-and-run in December of 2019 on the Roosevelt Boulevard at Adams Avenue.

"The driver just took off, kept going straight. I could see a car with smoke coming out of it just a block away after I got out of the car," Dress said.

The crash totaled her car. The intersection of her crash is the top spot in the city to be a victim of a hit-and-run.

Action News crunched the data and found over the past five years, zip codes 19124 in Frankford, 19140 in North Philadelphia, 19134 in Kensington and Port Richmond had the most reported cases of hit-and-runs.

Dress said despite suffering back and other injuries, she too received little help from police.

"He's like, 'You know, there's really no sense in taking a report,'" Dress added.

We questioned Captain Mark Overwise why so many solvable accidents are not being investigated.

"They should not just be taking the report, we are not report takers, we are investigators," said Overwise, who runs the Accident Investigation District or AID. The department is responsible for investigating hit-and-run accidents.

Overwise said that it is unacceptable for patrol and other district officers who take reports at the scene not to refer solvable cases and those with injuries to his unit, which is required by departmental directives.

"In that case it may be a training issue, which I can certainly address with my superiors," Overwise said.

Overwise said his unit is only able to investigate roughly 5% of cases. It comes down to manpower and violent crime takes priority.

But, since our interview, Philadelphia police have sent out a training bulletin to all patrols instructing them to refer cases to AID.

Overwise said in general, hit-and-run penalties without injuries are too weak and changes need to be made.

Right now, drivers face a $300 fine for unoccupied vehicles and $2,500 for occupied ones.

That news is upsetting to Will Crooks.

"If you get involved in an accident, no one's around to see it, the chances are you're gonna get away with it," Crooks said.

Overwise said his unit is now looking into all of the accidents we brought to his attention. 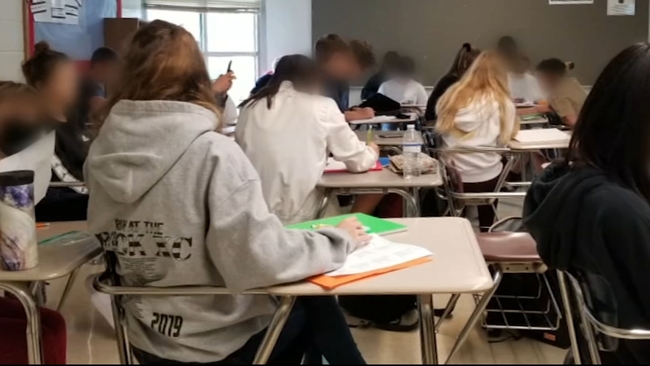