Jamal Johnson's motivation is the nearly 500 homicides in the city last year.
WPVI
By Ashley Johnson PHILADELPHIA (WPVI) -- As Philadelphia's gun violence climbs at a record pace, a 63-year-old veteran is demanding change through a hunger strike.

Jamal Johnson is an activist and disabled Marine Corps veteran who has been planted outside City Hall for more than two weeks.

Johnson is faithfully outside of the north side of City Hall by 1 p.m. every day and has even gone to the mayor's home. He wants Kenney to implement a resolution created by Councilmember Jamie Gauthier that would make the city treat gun violence as an emergency.

"To see that we haven't escalated gun violence up to the level of the coronavirus, which came last year, is beside me," Johnson said.

Johnson's motivation is the nearly 500 homicides in the city last year.

"A lot of friends have been killed. I've seen the baby dying," Johnson said.

He is now on a mission here at home and making a big sacrifice.

On Thursday, the Germantown resident was 18 days into his hunger strike. Johnson said he is down 15 pounds and wants the mayor to see the urgency in tackling homicides.

Police report there have been 51 homicides this year compared to 38 at the same time last year.

Councilmember Gauthier is a vocal component of the changing approach to gun violence in the city. She authored the resolution months ago, demanding that the city treat gun violence as a public health crisis and hold weekly briefings similar to the way COVID-19 is addressed.
"I'm frustrated that the call, not just by me, but many others in the community, by people who are willing to put their bodies on the line. I feel frustrated that call is not being respected," Gauthier said.

We pressed him on why he hasn't signed the resolution.

The mayor said when it comes to briefings, oftentimes police officers are not allowed to disclose information because it could jeopardize an investigation, or the way police are treating problems in the city.
Report a correction or typo
Related topics:
philadelphiacrimeprotestgun violence
Copyright © 2021 WPVI-TV. All Rights Reserved.
GUN VIOLENCE 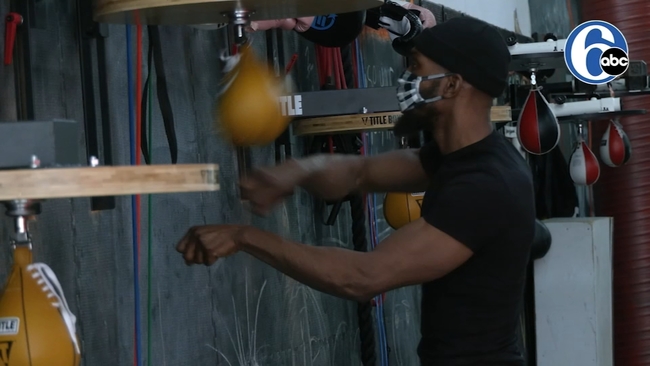