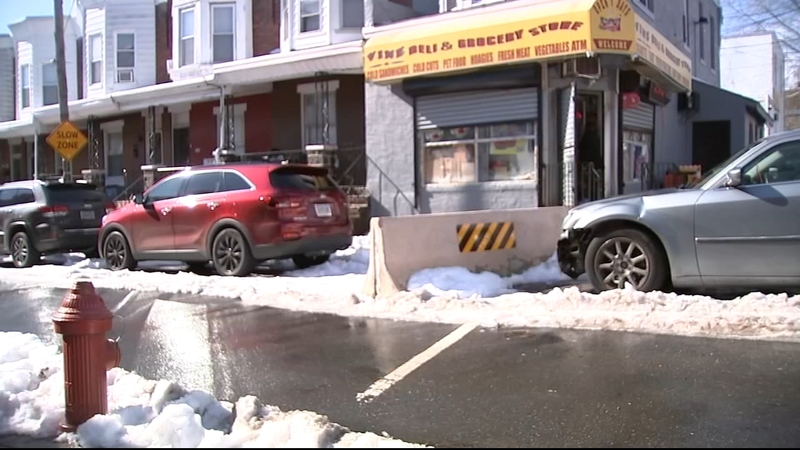 PHILADELPHIA (WPVI) -- Neighbors on the 200 block of Simpson Street in West Philadelphia are outraged with how the city has handled the issue of street racing by putting up concrete barriers on both ends of the street.

Homeowners said it's the wrong way to go about slowing people down and that the Philadelphia Streets Department went ahead in doing so without consulting residents.

Recently the block was struck by tragedy when 7-year-old Zamar Jones was shot in the head and killed back in August. Since then neighbors said there have been two big changes: a 24/7 police presence and the street barriers.

The police presence people know is because of the shooting. The barriers are to address the separate issue of speeding.

"They just speed through this block, and we were really surprised no kids have gotten hit on this block before. But this summer a car was turning the corner so fast it flipped over," said Sean Smith, the block captain's wife.

Neighbors have been advocating for speed bumps for a while. They said the concrete barriers, which make the one-way street even narrower, creates even bigger problems.

"Since they been up I've seen two cars run into them," Smith said.

She said the police presence has deterred teens from coming to the block with mischief. But other residents take up issue with being under constant watch.

"Basically the police officers now are just babysitters. Like I said they're not trying to help this neighborhood with anything that would be considered below a shooting," Alan DeHaven said.

Alan DeHaven has lived on the block for six years. He's frustrated with both the police response and the barriers.