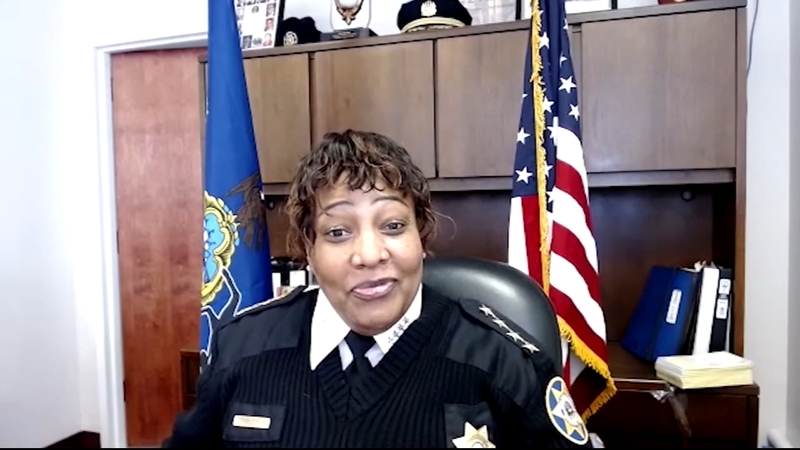 "You can do this because I did," said Philadelphia Sheriff Rochelle Bilal, who made history in 2019 when she became the first woman and African-American woman ever elected in the office's 181-year history.

"I think my mother would be smiling down on me right now because I'm a child that grew up in North Philadelphia," Bilal told Action News on Wednesday.

Her swearing-in, however, was followed by a tumultuous time for the city: the COVID-19 pandemic, skyrocketing homicide rates in the city, and what she described as problems left over from previous administrations, including 200 guns missing from the department.

"Like my mother said, they can bring her in at the worst of times, but she can fix anything, it doesn't matter how it goes," said Bilal.

With more than 200 guns reportedly missing from the Philadelphia Sheriff's Department, the new sheriff in town is promising change and accountability.

After nearly three decades as a police officer, she saw an opportunity for change.

"To make sure that we break a glass shield in this institution so that we can set that standard for years to go," said Bilal.

She says the armory now has state-of-the-art security and her deputies have a new focus on community outreach. Through the pandemic, the office has given over more than 18,000 food boxes to communities in need.

She says she wants the city to view the office as a resource rather than just officers in court.