Messages seeking comment were left with lawyers representing the officers. One of them, Thomas Burton, has previously said that it was a "real stretch in our view to suggest that they intended to hurt this man."

Flynn said prosecutors made a thorough presentation to the grand jury but, citing secrecy rules, said he couldn't discuss what evidence was presented. The grand jury heard the case on a delayed basis because of coronavirus-related court closures, he said.

NY Gov. Andrew Cuomo discusses the disturbing video of a 75-year-old George Floyd protester shown being shoved to the ground by police in Buffalo.

A news crew covering protests in downtown Buffalo last June over the Minnesota police killing of George Floyd captured video of the officers shoving longtime activist Martin Gugino to the ground in front of city hall as they cleared demonstrators from the area for an 8 p.m. curfew.

Gugino, pushed backward, started bleeding after hitting his head on the pavement and spent about a month in the hospital with a fractured skull and brain injury.

McCabe and Torgalski were suspended without pay and subsequently arrested. They pleaded not guilty and were released without bail pending further developments in the case. 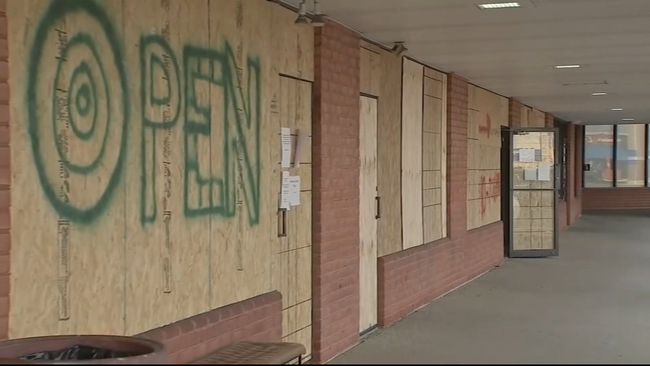