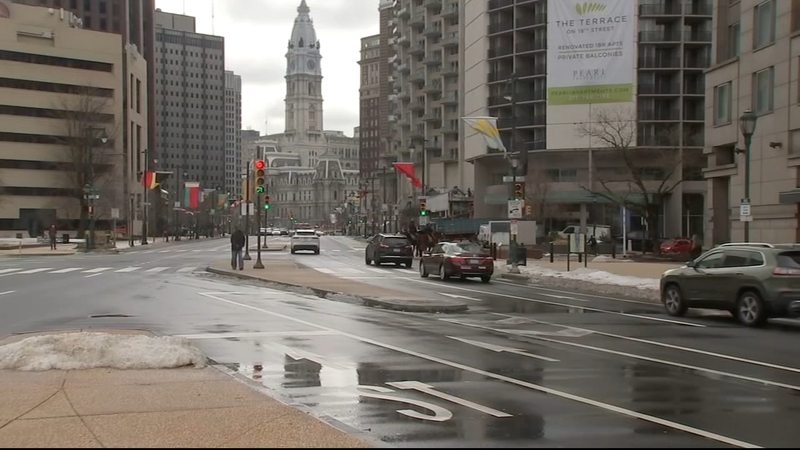 PHILADELPHIA (WPVI) -- The city of Philadelphia announced Tuesday that its general fund could see up to a $450 million budget gap for fiscal year 2022, which starts in July.

This gap means additional cuts to essential services provided by the city of Philadelphia including schools, police and fire, homeless outreach, anti-violence and many more.

When asked if any city services were off the "chopping block" financial directors said, "not at this time."

The Quarterly City Managers Report outlined some of the major downfalls in the city's revenue for fiscal year 2021, including a reduction in tax collections down $40 million. Officials said that was primarily losses in wage, amusement and parking taxes.

There was also a complete depletion of the city's "rainy day fund" to cover operating costs during the coronavirus pandemic.

Financial Planners are looking forward to a possible federal stimulus package with funds provided for economic recovery in cities across the nation.

The city released a statement saying in part:

"Philadelphia needs flexible federal relief delivered directly to the City to replace lost revenue in order to support core government services and pandemic response efforts," said Finance Director Rob Dubow. "We're optimistic about the proposed relief package from President Biden, which includes funds for state and local government; but the timing, scale, and details of how funds will arrive and can be spent remains undetermined. Even with a one-time infusion from Washington D.C., Philadelphia could face years of budget stress as the economy recovers. This will likely require painful budget choices that could make the region's economic recovery more difficult."

The City expects to end Fiscal Year 2021 with just $29 million in its fund balance, less than three days' worth of city spending and down from $438 million at the end of fiscal year 2019. The Government Finance Officers Association recommends that municipalities maintain a reserve equal to two months of spending, which would be about $800 million for Philadelphia.

"For the coming year, we want to provide quality government services and infrastructure while maintaining the City's long-term fiscal health," said Budget Director Marisa Waxman. "We need diverse voices and insights to develop a spending plan that reflects the needs of our community. Using a new survey for residents to provide input on Budget priorities and other channels, we aim to address racial disparities and institutional racism perpetuated by prior budget decisions -- even as we have fewer resources available than in the past."

On April 15, 2021, Mayor Kenney will propose a budget to City Council for fiscal year 2022. There will be difficult budget choices due to the possible $450 million budget gap, while Philadelphians have more needs than ever before.

Before the city finishes drafting the budget, the budget office wants to hear from Philadelphians about how they should focus on spending. Residents and business owners can share their thoughts through a 10-minute survey about budget priorities and preferences by February 28, 2021.