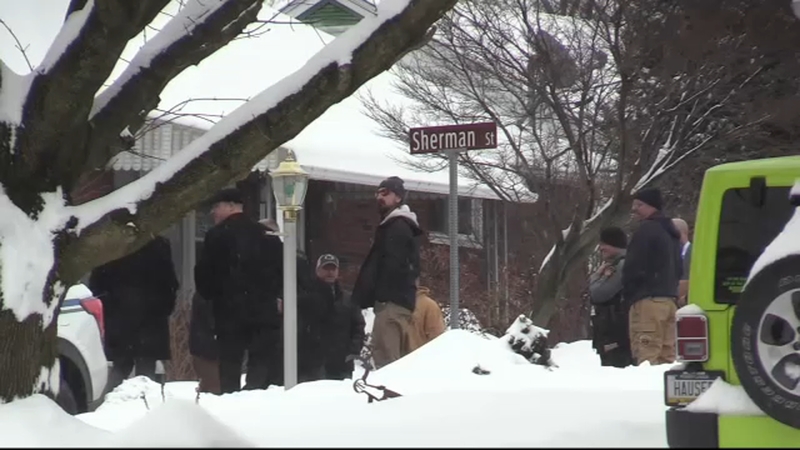 CATASAUQUA, Pennsylvania (WPVI) -- An investigation is underway in Catasauqua, Pennsylvania after an officer fatally shot a man who was allegedly armed with a weapon on Friday afternoon.

Three officers with the Catasauqua Police Department responded to the home after an apparent dispute between the man, identified as 27-year-old Ryan Daniel Shirey, and his ex-girlfriend.

According to Pennsylvania State Police, Shirey fled into the basement when officers arrived and retrieved a revolver. The officers followed Shirey and one officer discharged his weapon.

According to WFMZ, Shirey did not comply with the officer's demands to put the weapon down.

Shirey was shot and pronounced dead at the scene.