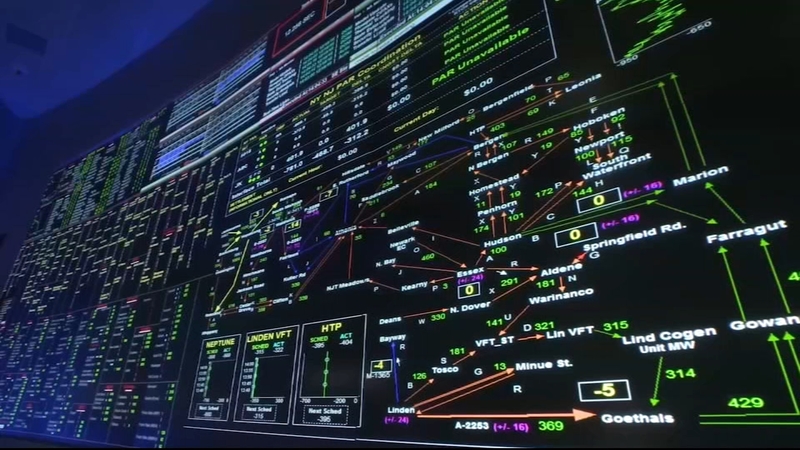 VALLEY FORGE, Pennsylvania (WPVI) -- The catastrophic Texas blackout was a wider failure than the state's power grid, which teetered on the brink of an even bigger collapse during a freeze that knocked out electricity to 4 million customers, energy executives said Thursday.

One CEO said he sounded a warning days before what became one of the worst power outages in U.S. history, including to the office of Republican Gov. Greg Abbott, whose regulatory appointees came under sharp criticism during the first investigative hearing since last week's crisis.

Leaders of other power companies said they thought the system would hold, while also acknowledging that a failure to buttress their generators against subfreezing weather contributed to the outages.

"Our main focus here is reliability; it is about keeping the lights on," said Mike Bryson, the senior vice president of operations.

Founded in 1927, PJM coordinates and directs the operation of the region's transmission grid, which includes over 84,000 miles of high power transmission lines.

The family of a beloved 84-year-old grandmother who froze to death during the horrific winter storm in Texas is speaking out on the conditions of her death.

"We spend a lot of time getting ready for winter events and a lot of it is due to lessons learned during the polar vortex back in 2014," said Bryson. "We had a lot of generation outages during that time, although we never had to have customers cut off from power."

It is why they have been monitoring closely what happened in Texas. A critical difference with the Texas grid is that PJM is connected to other grids across the U.S.

"And it allows us to import or export power when the demand is a little bit higher; so again, when you think back during the vortex, we imported a significant amount of energy," said Bryson.

The jobs of control room operators have been further complicated by the ongoing COVID-19 pandemic. As a result, they've taken unprecedented steps.

"We actually created a third control room and we're actually sequestered operators. Our operators stay overnight for a month at a time," Bryson said. "They're all volunteers, which is great. One team of nine at a time. First team all of December stayed during the holidays."

Another critical step is making sure that all the power plants in the grid have enough power to generate electricity.

"We have a gas-electric team that works at PJM that looks at all of the gas supplies for all of the gas units and makes sure that they are ready for the operating day," Bryson stated.

Bryson says there's always room for learning and that's why they are closely monitoring what happens in Texas so they can prevent that from happening here.