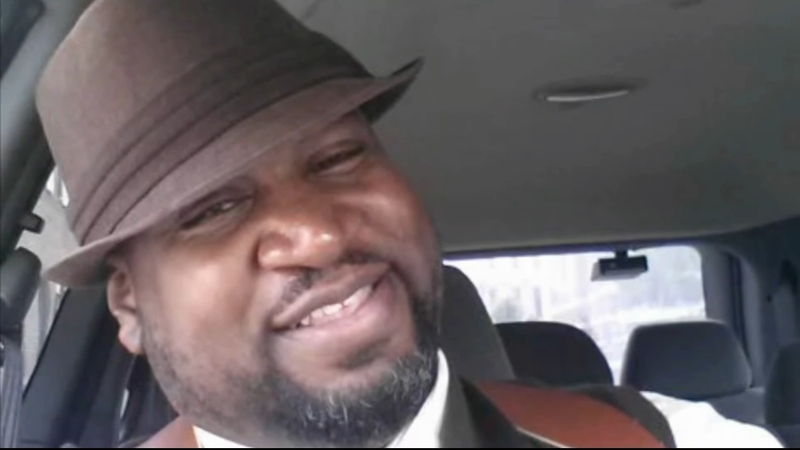 PHILADELPHIA (WPVI) -- It's been exactly one year since the World Health Organization declared COVID-19 a global pandemic, and since then the toll it's taken on our lives has been staggering.

In Philadelphia alone, more than 116,000 people have been sickened with the virus.

Sadly, nearly 3,200 people have lost their lives. Among them, some front-line workers who paid the ultimate price while performing jobs essential to keeping others safe.

One of those workers was laid to rest Thursday.

Family, friends and fellow Philadelphia police officers said their final goodbyes to Officer Erin Tokley. Commissioner Danielle Outlaw said he was a dedicated, reliable officer whose end of watch came at the hands of an invisible adversary.

It was solemn goodbye for Tokley, who passed away at 47 years old. The 24-year veteran of the Philadelphia Police Department lost his battle with COVID-19 earlier this month.
EMBED More News Videos

A 24-year veteran of the Philadelphia Police Department and community minister has died after a battle with COVID-19.

"Truly, officer, minister, Erin Lawrence Tokley is indeed a hero in every sense of the word, and we honor our brother for who he was, for the decades and decades he rendered, and the ultimate sacrifice he made," said Outlaw.

Officer Tokley worked in Civil Affairs and most recently the 12th District, where he was beloved by the community. He was also adored by his church, Calvary Baptist in West Philadelphia, where he served as a minister.

"Minister Toke was everything to the church. He meant so much. He was such a people person," said Jillian Robinson, a Calvary Baptist Church member.

In a video tribute played at his funeral, it was clear Officer Tokley was passionate about his church and his faith.

"There is nothing, nothing we are not capable of overcoming, as long as we keep God first, first and everything else second," said Tokley is heard saying.

His wife Octavia thanked the community for their support in a video message.

In 2019, as part our Action News Thanksgiving Day tradition of spending a day with a viewer and their family, our cameras were invited into Officer Tokley's home.
EMBED More News Videos

It's safe to say Thanksgiving dinners will never be the same again.

Family and friends say Officer Tokley was a protector and a peacemaker who loved his job, his family and the community he served.