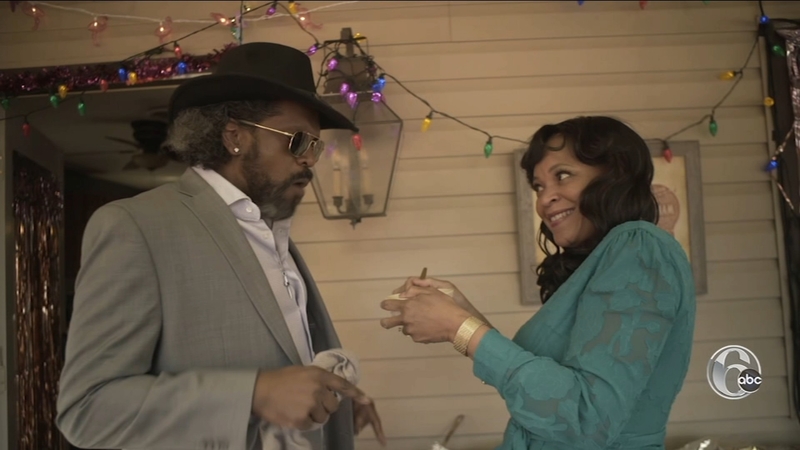 "James Ijames, who wrote the play, was curious about what happens if we introduced the queer narrative into Hamlet and make it a Black family," says actor Lindsay Smiling.

Hamlet, in this production, is named Juicy but, for anyone who's ever seen the Shakespeare version, the plot line is very familiar. Juicy's father is killed by his uncle who then marries his mother. Juicy is haunted by his father's ghost asking for revenge.

"There's a cycle of violence that keeps happening throughout the generations," Smiling explains.

The Fat Ham title is a play on the name Hamlet and a nod to the family's livelihood.

"They own a restaurant where a lot of the dishes that they have are pork and ham," Malone says.

Smiling plays the roles of both Pap and Rev, Juicy's father and uncle.

"My characters represent this kind of toxic masculinity," Smiling says.

And Juicy is struggling with his sense of self and his sexuality.

"He's trying to figure out where he fits in, in this world and his family," Malone says.

"It's just simply 'be yourself,'" Malone says of the play's message, "just choose pleasure over harm."

"Knowing that you have a choice in how you define yourself as a man in your sexuality," Smiling adds.