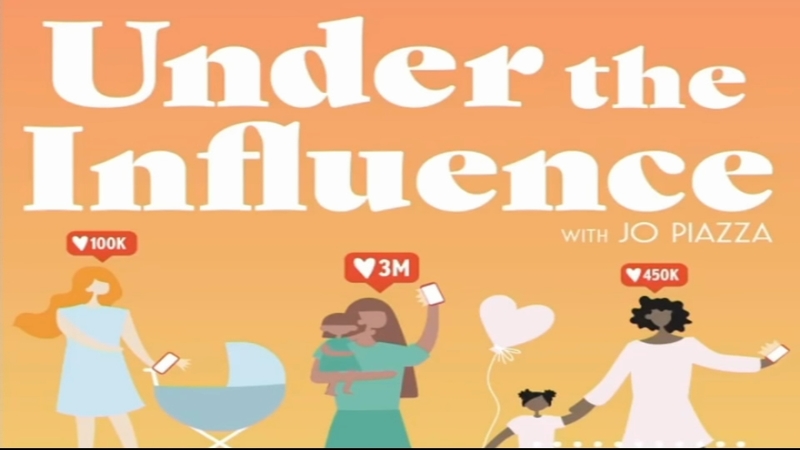 PHILADELPHIA (WPVI) -- As people look for ways to connect amid the pandemic, an increasing number of people have been turning to their devices and social media.

That fact is not being lost on businesses needing to advertise now more than ever.

One group that is capturing a major share of consumer attention is mom influencers.

Action News talked to the local host of a new podcast called "Under the Influence".

Jo Piazza takes a deep dive into the business, and what she has uncovered might surprise you.

"In Under the Influence, the podcast, I discovered it is a multi-billion-dollar business," she said. "And it's only growing from here. It's expected to double in the next five years and mom influencers, because they influence women and women have a lot of buying power, are a huge chunk of that pie."

Piazza says she talked to influencers that are making close to half a million dollars by investing in the program.

"I talked to a lot more mom influencers who are making in the six figures. I talked to one woman who quit her job as an insurance adjuster where she was making $55,000 a year because she's now making $300,000 a year as a mom influencer on Instagram," she said.

But be aware, this is more than a full-time job, says Piazza, and making it in the industry is not easy.

"It's not a nine to five. You're never off," said Piazza.

"This is the wild west. There are no laws to protect the kids of influencers, from how much they have to be in their parents' videos and photos to whether they get any of the money," she added.

Piazza also says mom influencers bring up an issue all parents should consider.

"When we put an image of our child on Instagram, we don't know who's looking at it. We don't know who's using it for whatever they want to do with it. And I think these are all things that we have to think about as our social media use grows and as our consumerism on social media grows," Piazza said.
Report a correction or typo
Related topics:
arts & entertainmentphiladelphiachildrenentertainmentbusinesssocial mediafamilyshoppingconsumer
Copyright © 2021 WPVI-TV. All Rights Reserved.
TOP STORIES
Drive-by shooting leaves 1 dead, 5 hurt; gunman still at large
2 suspects arrested, 2 sought in deadly Pat's Steaks beating
Family wants answers after video captures teen's controversial arrest
911 caller claims he saw Brian Laundrie 'slapping' Gabby Petito
What is going on with the Great Philadelphia Comic Con?
Phillies' NL East-chase hindered in 2-0 loss to 100-loss O's
3 firefighters hurt battling South Philly blaze
Show More
Adam Sandler spotted in Center City shooting scenes for new movie
Eagles DE Brandon Graham shares message to fans after injury
Carjacking victim recalls coming face-to-face with suspect
Nonprofit helps adults with autism communicate using letter board
Pfizer says COVID vaccine safe, effective for kids 5-11
More TOP STORIES News