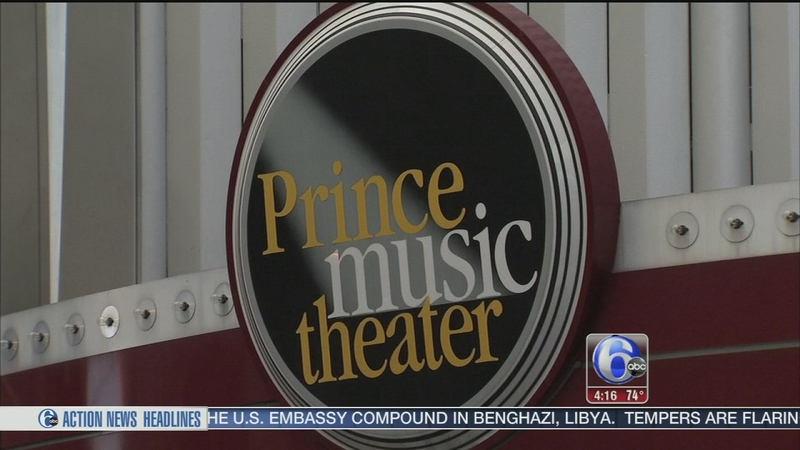 PHILADELPHIA (WPVI) -- Thursday is opening night for the 24th Philadelphia Film Festival - 11 days jam packed with more than 100 films that have been handpicked and curated from around the world.

Michael Lerman from the Philadelphia Film Festival says, "I hope that people will devote even more time to the festival than they had before because I think that there's plenty to discover."

It kicks off at the Prince Theater with Charlie Kaufman's latest film 'Anomalisa'.

Andrew Greenblatt from the Philadelphia Film Festival tells us, "The film is stop motion, but it's a real work of art. It's exactly what a festival should be featuring."

Famous for films like 'Being John Malkovich' and 'Eternal Sunshine of the Spotless Mind', Kaufman will be on the red carpet Thursday night.

And on closing night, all eyes will be on filmmaker Michael Moore.

Greenblatt explains, "We will be doing his new film, his first in 6 years, 'Where to Invade Next'. So that should be a lot of fun."

And in between, Lerman says, "You can see some of the best cinema from everywhere."

That includes tons of work from local talent.

"We have a whole section of films in the festival called 'Greater Filmadelphia', and they're either films that are shot or take place here or by filmmakers that are from here," Greenblatt said.

He goes on to explains, "Like Brian Clugman's film 'Baby Baby Baby', which is shot in LA but he was here, went to Germantown Academy. We have the one with Richard Gere that was shot here last year called 'The Benefactor'. We have a fun (documentary) called 'Beer Runners' on the Fishtown beer running club. And the Perrier doc, of course. We've got a doc on George Perrier."

And as always, some fun, big events to bring together film lovers.

Lerman says, "We're doing a sleepover for Wes Craven on Halloween, and Jamie Kennedy is coming to talk about 'Scream'. We had too many great films to pass up so we are just stuffing them in."

They also say they have the big Oscar contenders, foreign language films, and award winning movies of all genres and budgets. So, get out there and get your film watching on!

6abc is a proud sponsor of the Philadelphia Film Festival.