Matriarch of Delaware sub shop celebrates ahead of 97th birthday 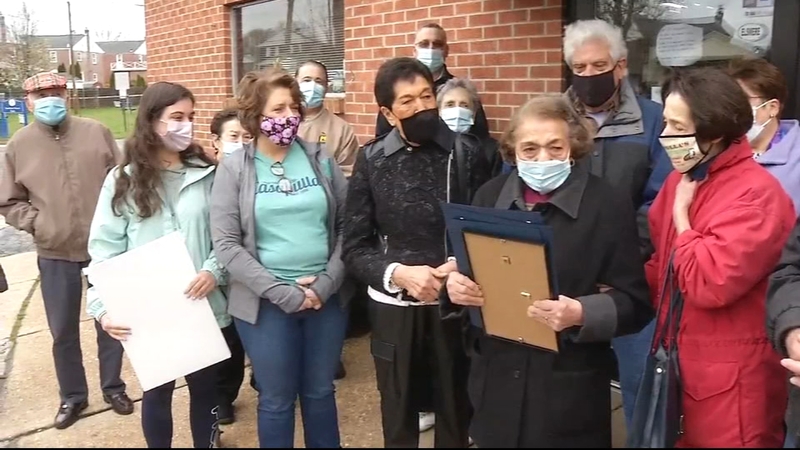 Matriarch of Delaware sub shop celebrates ahead of 97th birthday

ELSMERE, Delaware (WPVI) -- One of the first sub and steak shops to serve the Elsmere, Delaware area opened 65 years ago.

The woman behind the successful business received a big honor Wednesday.

Casapulla's original location opened in 1956 in Elsmere thanks to Luigi and Anna Casapulla.

Their daughter, Vincetta, known as "Aunt Vee," expanded the business.

On April 9, she turns 97-years-old, and Wednesday, they officially celebrated "Aunt Vee Day."

"We are a very close family," said Vincetta. "The store will be 65 years in September, and I've been out here 64 years. We started as a grocery store, and my brother and I use to run that."

Vincetta spent her youth living in Little Italy and working in the family store while also helping with her five sisters and three brothers.

She reflected on her other life highlight as a performer.

"My grandmother enlisted me for singing lessons, and I was on the radio and all for a good while and appeared on the stage in Italian plays," said Vincetta. "I had a nice childhood."

The large Casapulla family has continued the tradition, and the fourth generation is now running it.