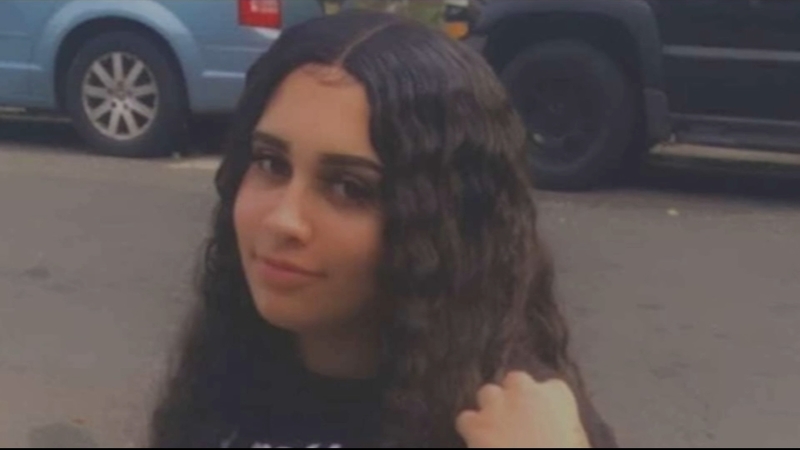 UPPER DARBY, Pennsylvania (WPVI) -- Upper Darby Township police are looking for a missing woman who was last seen with her boyfriend on Tuesday.

Brice's mother, Betty Cellini, told Action News that her daughter is 14-weeks pregnant and that she has a serious medical condition.

She said that her daughter takes medication daily and has not taken it since she went missing.

Cellini said she called Smith who said he had gotten into an argument with Brice.

About two hours later, police said Smith's 2018 black Ford Fusion was found on fire in the area of 59th and Florence streets in Philadelphia.

Investigators said this is the vehicle that Brice and Smith were last seen in.

Eyewitnesses said there was smoke through the neighborhood.

"It's scary to see a car on fire thinking somebody could be in there," said Kenneth White, who saw the car engulfed in flames.

Investigators said there was no one inside the car, and they believe Smith's wallet and keys may have been found nearby.

Upper Darby Township police said Monday that the case has them stumped.

"This one has everyone perplexed. Nothing really makes sense here," said Tim Bernhardt, the superintendent for Upper Darby Township Police.

Cellini said Smith has had previous run-ins with the law, though police couldn't comment.

"I wish my daughter would have never met him," said Cellini. "She has a 4-year-old son that keeps asking me, 'Where's my mommy?'"

Police said Brice was last seen wearing a black short-sleeved T-shirt, black sweatpants, and a pair of UGG slides that are pink/blue/yellow.