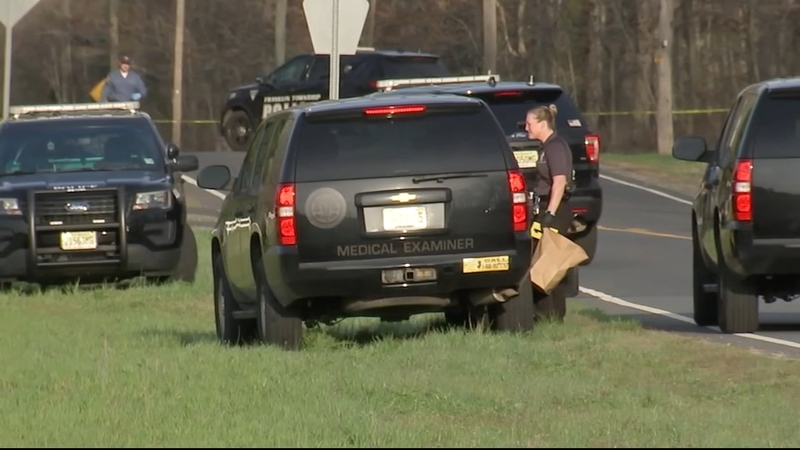 BUENA VISTA, New Jersey (WPVI) -- The New Jersey Attorney General's Office has identified the man who was shot and killed by police after allegedly stealing an officer's cruiser on Monday.

The crash occurred around 3 p.m. Monday in Buena Vista, Atlantic County, and police there soon responded along with officers from nearby Franklin Township.

After a Franklin officer got out his cruiser, authorities say 41-year-old Roy K. Jackel Jr. of Cape May Court House, NJ, got in the police vehicle and drove away.

Officers pursued the cruiser and the chase soon ended in another area of Buena Vista, where an "encounter" between Jackel and police ensued, according to the attorney general's office.

Further details on the encounter were not disclosed, but authorities said it ended when a Franklin officer shot and killed the man.

Chopper 6 over death investigation in Atlantic County, NJ on April 5, 2021.

The shooting will be investigated by the attorney general's office, which is standard policy when an officer fires his weapon.

It did not appear that anyone was injured in the initial crash, which remains under investigation.