DMX remembered by the music world in Philadelphia 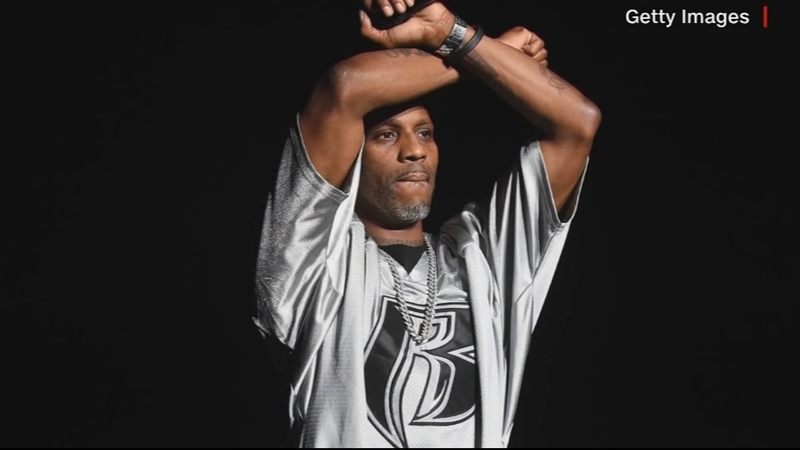 DMX remembered by the music world in Philadelphia

PHILADELPHIA (WPVI) -- An iconic rap artist known for his distinctive voice has died. DMX had been hospitalized since the weekend after suffering a heart attack.

He is known for the iconic hip hop songs "Ruff Ryders Anthem" and "Party Up."

On Friday, people around the world and in Philadelphia are reflecting on his legacy.

With his gruff voice and high energy, DMX propelled to the top of the music charts thru the 1990s and early 2000s.

He electrified listeners with songs about his hardscrabble life.

"His persona, his aura just by him saying two words or just by doing the dog bark that we all know...I mean, he would get the crowd ready," said Walt Reeder, Jr., a talent and booking agent who booked DMX at venues around the world.

DMX, whose real name was Earl Simmons, was a leader of the popular group the 'Ruff Ryders' known for their affinity for motorcycles, music, and dogs.

He also performed with artists like LL Cool J, Onyx, and Freeway, who remembered waiting for him to arrive at the recording studio.

"As soon as he got in the building like the whole energy changed, 'What's up Free, ready to do the record Free?' I just got good memories from X man, and he's definitely going to be sorely missed," said hip-hop artist Freeway.

DMX often rapped about his impoverished upbringing in Yonkers, New York. But his success was riddled with arrests and drug charges stemming from what he says was a childhood of abuse and betrayal.

"Just because you stop getting high doesn't mean that you don't have a problem because it's a constant fight every day," said DMX in a recent interview.

And yet, he never gave up his quest to become better.

"And just coming from the hood and being able to overcome the obstacles that he overcame and reached the success that he reached is just amazing man," added Freeway.