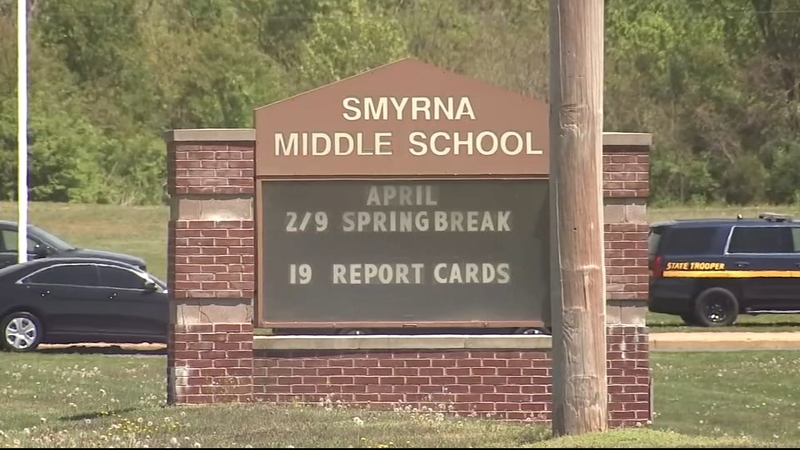 SMYRNA, Delaware (WPVI) -- Police in Delaware are investigating a deadly shooting that happened in the front parking lot of a middle school Tuesday morning.

According to police, the shooting happened at about 10:15 a.m. at Smyrna Middle School. No students were involved in the incident.

Police said the victim was a 38-year-old woman and that the shooting was domestic-related.

The sole suspect, a 47-year-old man, was located after a pursuit that led authorities to Maryland, police said.

The suspect's car crashed into a tree and he was being treated at an area hospital.

"The suspect is being treated. He was airlifted from the scene and is being treated at a Maryland area hospital," said Cpl. Jason Hatchell with the Delaware State Police.

During a late-afternoon press conference, officials with Smyrna and Delaware State Police said the shooting occurred after some type of verbal argument between the pair.

While police did say the victim and suspect are related, their relationship is unclear.

It is also unclear why the altercation took place at the school.

The school will be closed tomorrow for a regularly scheduled cleaning, but counseling will be made available.