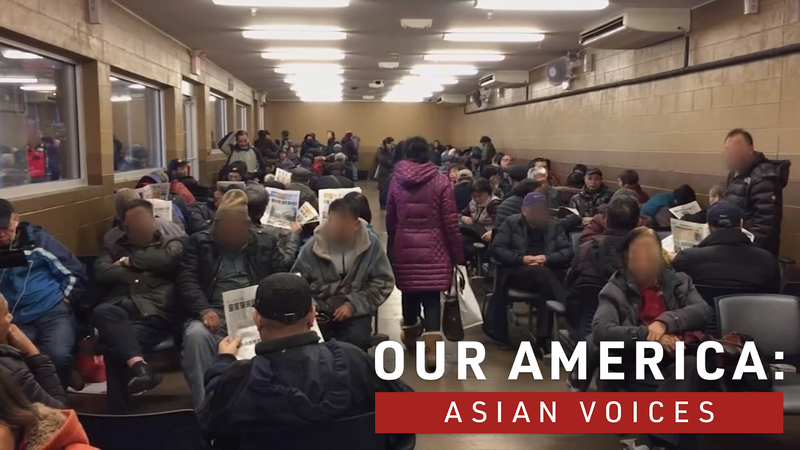 NEW YORK -- From "Crazy Rich Asians" to the model minority myth, there is a stereotype that all Asian Americans are doing just fine financially.

That model minority myth diverts critical funding away from these communities, forcing some like Sang Ki Chun to take drastic measures just to survive.

Every morning, he rides the bus from New York City to the Sands Casino in Bethlehem, Pennsylvania. It's a two-hour ride each way, and he's one of a countless number of Asian American seniors who make the trip daily.

They don't do it to gamble -- they do it because when they get off the bus, the casino gives them a $45 credit. They sell it for $38 to a fellow passenger who will use it to gamble, pocketing $18 each day after bus fare is deducted.

There are a dozen buses that leave for the Sands Casino daily, almost always filled to capacity. On each bus, more than half of the passengers do what Chun does. That means on any given day there are upwards of 300 to 400 seniors who ride the bus for four hours both ways and spend another five hours in this waiting room for the next ride back.

"That story of the population that's struggling does not really get told," said New York State Assemblymember Ron Kim, who has been fighting to raise awareness.

According to the city's most recent measure, Asian Americans in New York have some of the highest levels of poverty among all ethnic groups at more than 1 out of every 5 people.

2019's numbers aren't available yet. Just imagine what 2020's numbers will look like.

"They don't want to step forward and admit, 'I'm in a situation where I need some need.' It's a cultural barrier," Kim said.

Advocates say part of the problem is that poverty in the community is often unseen.

"They are the hidden homeless," explained Chris Kui with Asian Americans for Equality. "They are doubling up and tripling up, living in these cubicles that they share with 10 people within a one-bedroom apartment, for example."

In the meantime, countless seniors like Chun will keep riding these buses.

The question is, will anyone care?