Tarantino says he won't be intimidated by police boycotts 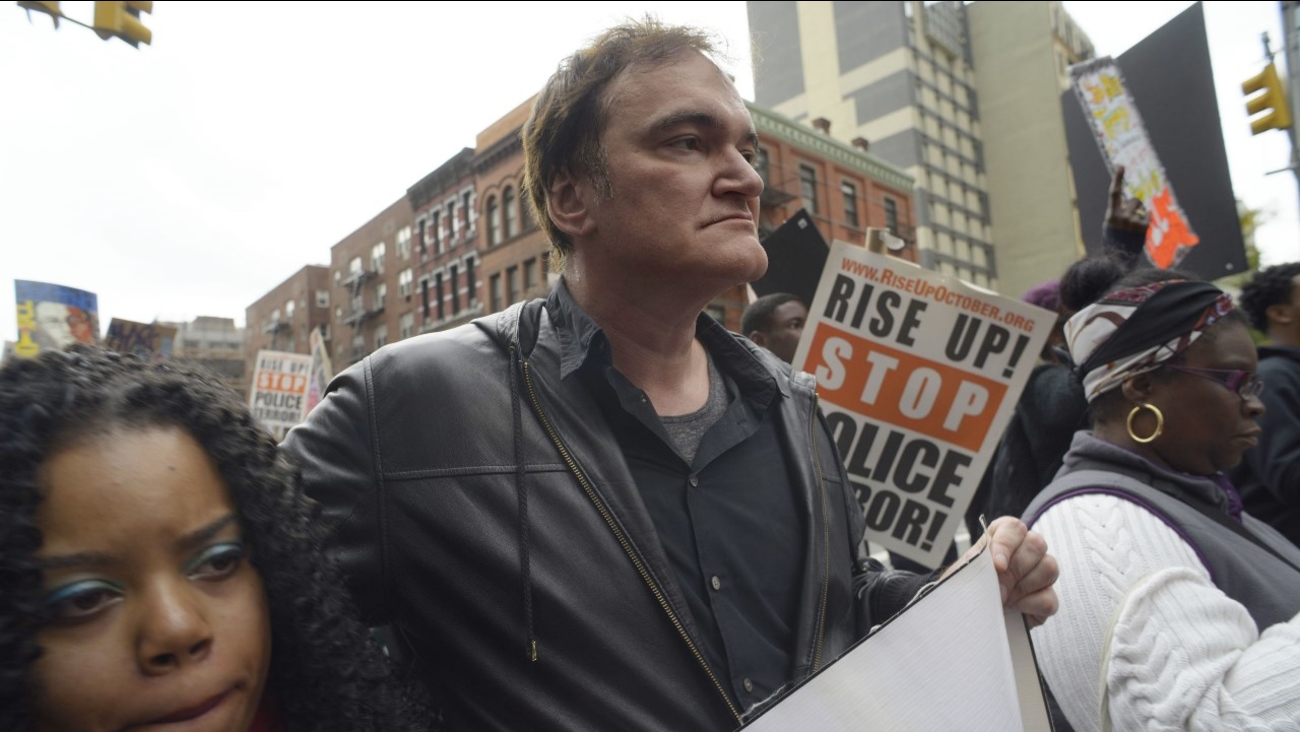 NEW YORK -- After a week of backlash from police groups threatening to boycott his upcoming film, Quentin Tarantino stood by his comments about police brutality and said he wouldn't be intimidated from voicing his opinion.

Tarantino told The Los Angeles Times on Tuesday that law enforcement groups are trying to bully him. "Instead of dealing with the problem of police brutality in this country, better they single me out," Tarantino told the Times.

"And their message is very clear," he continued. "It's to shut me down. It's to discredit me. It is to intimidate me. It is to shut my mouth, and even more important than that, it is to send a message out to any other prominent person that might feel the need to join that side of the argument."

The director's strong response signaled that he wasn't backing down from what he said last month at an anti-police brutality rally Brooklyn. Tarantino said he was "on the side of the murdered."

His comments provoked outrage from a growing number of police groups that have called for the boycott of Tarantino's December release "The Hateful Eight." They include the National Association of Police Organizations and local groups in New York, New Jersey, Los Angeles, Chicago and Philadelphia.

"Frankly, it feels lousy to have a bunch of police mouthpieces call me a cop hater," Tarantino said. "I'm not a cop hater. That is a misrepresentation. That is slanderous. That is not how I feel."

"But you know, that's their choice to do that to me," the director added to the Times. "What can I do? I'm not taking back what I said. What I said was the truth. I'm used to people misrepresenting me; I'm used to being misunderstood. What I'd like to think is their attack against me is so vicious that they're revealing themselves. They're hiding in plain sight."

Jamie Foxx, the star of his "Django Unchained," has backed Tarantino. At the Hollywood Film Awards, Foxx said: "Keep telling the truth and don't worry about none of the haters."

On Tuesday, the Weinstein Co., the longtime distributor of Tarantino's films including "Hateful Eight," said it supported Tarantino's right to say what he wants.

"We don't speak for Quentin," the Weinstein Co. said in a statement. "He can and should be allowed to speak for himself."