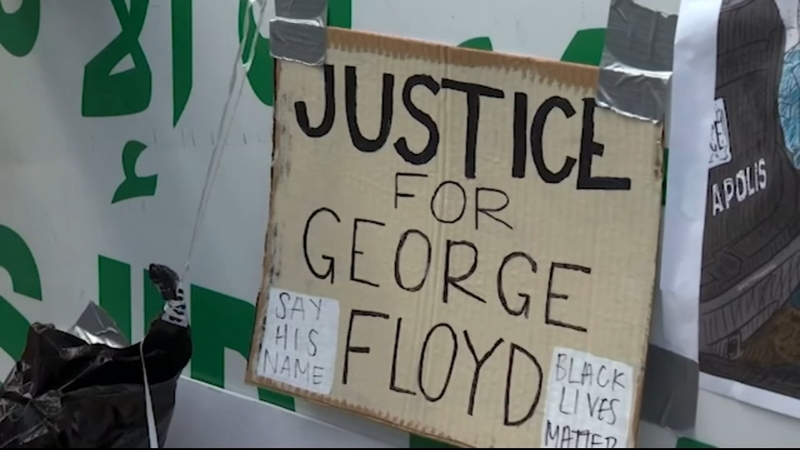 PHILADELPHIA (WPVI) -- One year after the murder of George Floyd, the first Black student body president at St. Joseph's University, Taylor Stokes, is speaking out about how the tragedy rocked her campus.

Stokes led a powerful student-led movement on campus months after Floyd's murder, taking into account the pandemic and everyone's safety. Students took a knee for eight minutes in honor of Floyd and marched around campus.

She says that even one year after his death, the message for change still rings clear.

"Students are tired, people in the world are tired of oppression and injustice," Stokes said.

She said the nationwide outcry after the killing of Floyd is a wake-up call that the nation still has a long way to go.

"He raised awareness to a lot of voices and names that were forgotten in the Black Lives Matter movement," said Stokes. "Although he's no longer with us, this conversation is always going."

"St. Joe's is really working as a whole and as a community to learn and grow from its mistakes. I would also say that hey we're working, we're not perfect, but we're working to be an inclusive space," said the student body president, who adds that St. Joe's students are committed to diversity.

"We have no problems protesting, having forums and sit-ins because you know our generation is a generation," she says.