'Made In America' music festival announces lineup for 2021 show 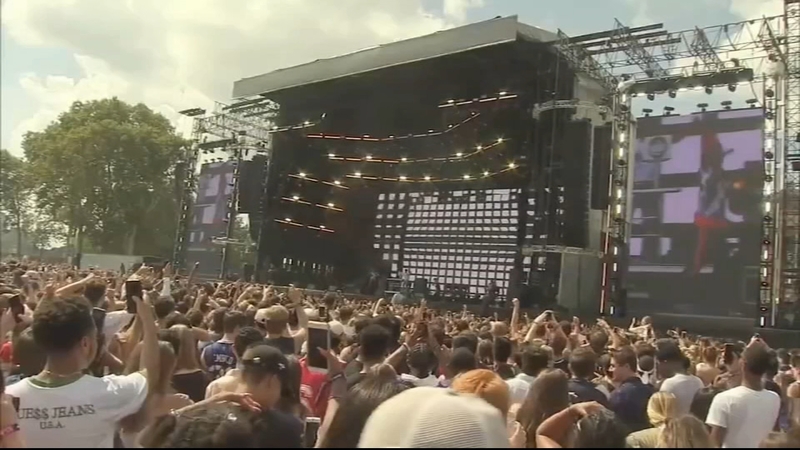 Made in America festival returns to Philly

PHILADELPHIA (WPVI) -- Justin Bieber, Lil Baby, Doja Cat and Megan Thee Stallion will be among the performers for this year's "Made in America" music festival in Philadelphia.

The festival was postponed in 2020 due to both the COVID-19 pandemic and civil unrest in the city.

Produced by Roc Nation, this year's festival will benefit the ACLU of Pennsylvania as its official charity partner. A portion of net proceeds will also support The REFORM Alliance, according to a news release.

See you in Philly!
Made in America 2021 tickets are on sale now!
Get 2-day passes and lock in “Early Bird” pricing while it’s available. https://t.co/SBji1Vol1a pic.twitter.com/iZyZ5EzevA

"We are thrilled to announce Made in America 2021 on the legendary Benjamin Franklin Parkway. This year will be like no other, as Made In America celebrates 10 years of music history making moments," said Jay-Z. "The artists' performances will be even bigger and Cause Village will host a wider range of amazing philanthropic organizations. We look forward to sharing incredible memories with our festival attendees and the city of Philadelphia."

Since the inaugural two-day concert in 2012, the event has generated over $135 million in economic impact for the city of Philadelphia.

"The City of Philadelphia is very excited for the return of Made in America festival, and today's announcement shows that after more than 15 months of responding to the pandemic, our city is on a path towards recovery and a return to the things we've missed - like live shows! Over the last ten years, Made in America has become one of Philadelphia's iconic events and we look forward to working with Roc Nation, Live Nation, and other partners to plan and execute a safe, successful festival weekend.

With the City rolling back COVID-19 restrictions by June 11, events of all sizes are now able to apply for event permits. We're greatly appreciative of all that the Made in America festival has done for Philadelphia-bringing visibility and economic impact to the city. We are committed to its continued success and thank them for their partnership."

Some residents in Fairmount are uneasy about the festival. The Fairmount Civic Association is looking to work with organizers to address the issues that often spillover from the concerts.

"Particularly with the noise, the liter and some of the unruly behavior that sometimes follows," said Brett Butler, secretary of the association.