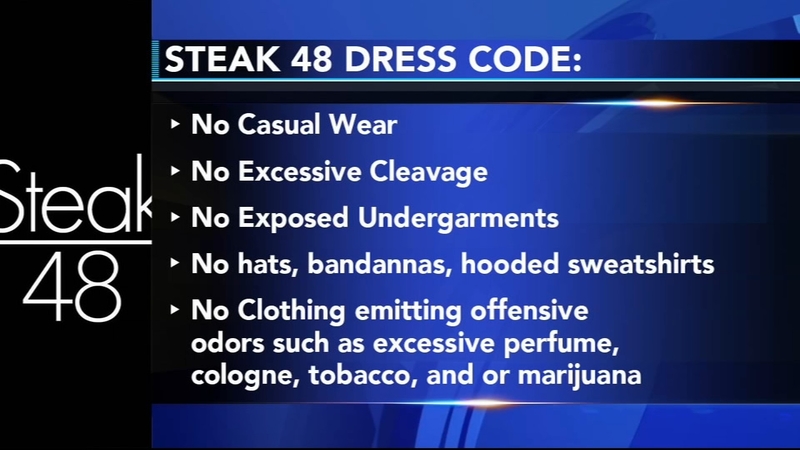 PHILADELPHIA (WPVI) -- The growing controversy involving a new restaurant in Center City has many in the city talking.

The upscale chain is facing major criticism of over-restrictive policies some are calling discriminatory.

The company recently announced a $100 food and beverage minimum at the upscale steak house, and that doesn't include tax and tips.

A newly rolled out dress code was also announced, and the list is long.

Many took to Twitter in an uproar with comments ranging from offense to some pretty humorous viral ones.

Others say it's clear Steak 48 doesn't want a 'particular crowd' dining with them, and some are taking this as an ethnic and economic slight.

Steak48 opened during the pandemic in September and was forced to shut down in the fall and winter with rising COVID numbers and didn't open again until the end of January.

It's a chain with four other locations that include Houston, Charlotte, and Chicago.

The company says the new rules apply to all properties, not just Philadelphia.