DA: Kennett Square girl made up story of needles in candy; boy was copycat 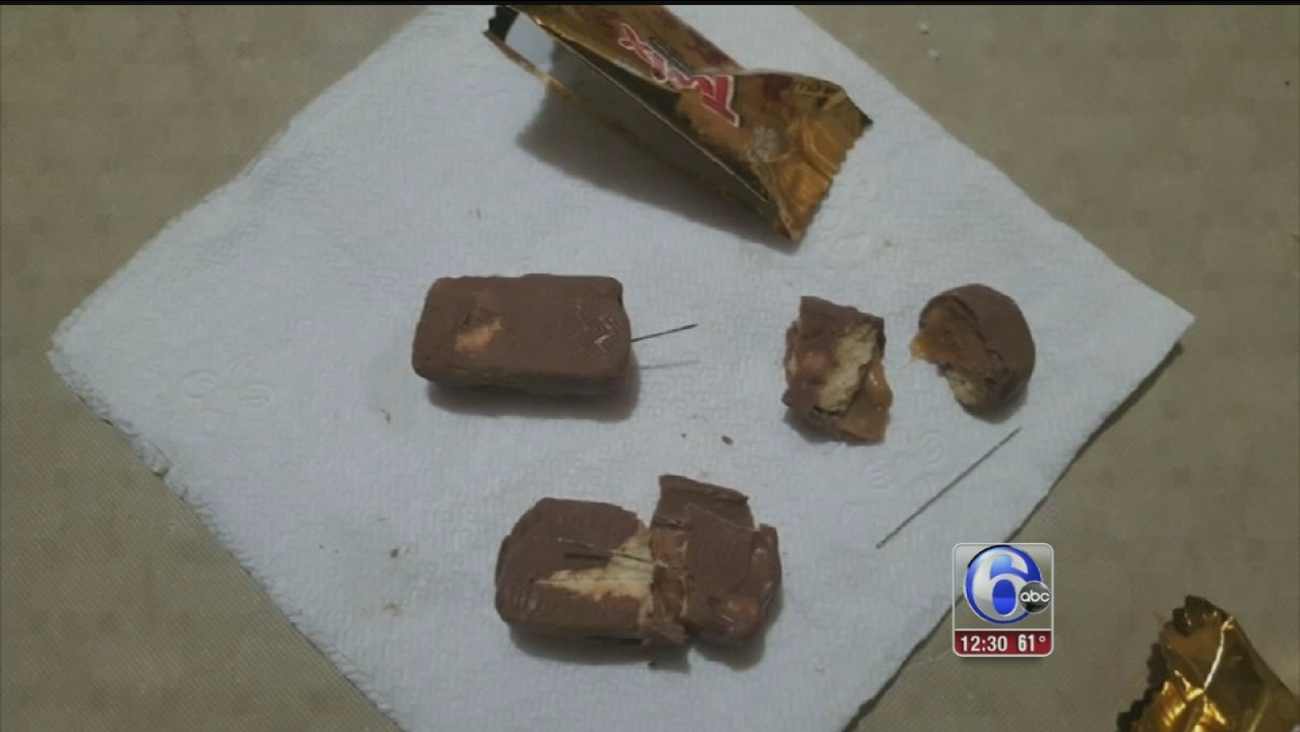 Police in Chester County are investigating reports of needles being found inside pieces of Halloween candy. (WPVI)

Hogan said in that incident an 11-year old girl took several needles from her mother's sewing kit and hid them in the Twix bars.

She did it, Hogan said, after she was earlier shown a photograph of needles in a candy bar by an adult who was asking her to be safe while trick-or-treating.

She then told the made-up story to her parents, who reported it to police.

The second incident involved a 12-year-old boy who made up his story after hearing about the first incident. He put a needle in a Snickers bar and showed it to his sister, Hogan said, who reported it to police.

Hogan said that based on the ages of the children involved, the cooperation of their families, and other mitigating factors, no formal charges will be filed against the children. The children will be dealt with by their parents.

Both families apologized for the incident, understanding the serious impact it had on the community, Hogan said.