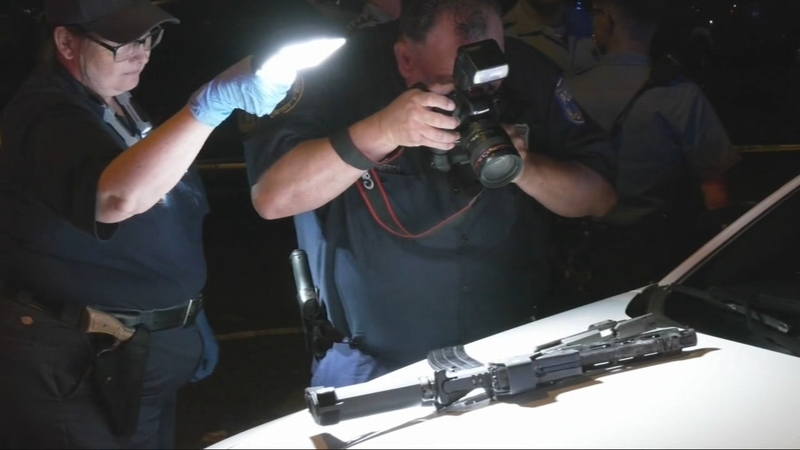 The two men, ages 18 and 23, were taken to the hospital with non-life-threatening injuries. No officers were hurt in the incident, police said.

Around 10:15 p.m., officers were on the 300 block of Glen Echo Road in reference to an ongoing domestic assault allegation.

An officer was standing on the front porch with two members of the household when police said the officer heard gunshots.

"I thought someone was shooting off fireworks early," said neighbor Robert Parker.

"I thought it was firecrackers, and my wife said it was gunshots," said neighbor Al Roseman.

The officer escorted the residents inside the home and took cover.

The officers saw two men coming down the street.

One of the officers fired at the two men as they walked toward officers.

"One of at least three 14th district officers who were on the porch taking the complaint discharged their weapon multiple times in the direction of these two individuals, fearing that they were firing shots in their direction," according to Sgt. Eric Gripp.

One of the men was grazed in the face, the other was hit in the leg.

Both were taken to the hospital in stable condition.

"I was very surprised for the neighborhood that they were walking down the street with firearms, discharging them," Parker said.

"This is very early on in this investigation. We're not entirely sure what was the genesis of all this; right now, we're very fortunate that police officers weren't injured, and the individuals, who were both carrying weapons and who also are being held in custody right now, we're grateful their injuries weren't worse," Gripp said.