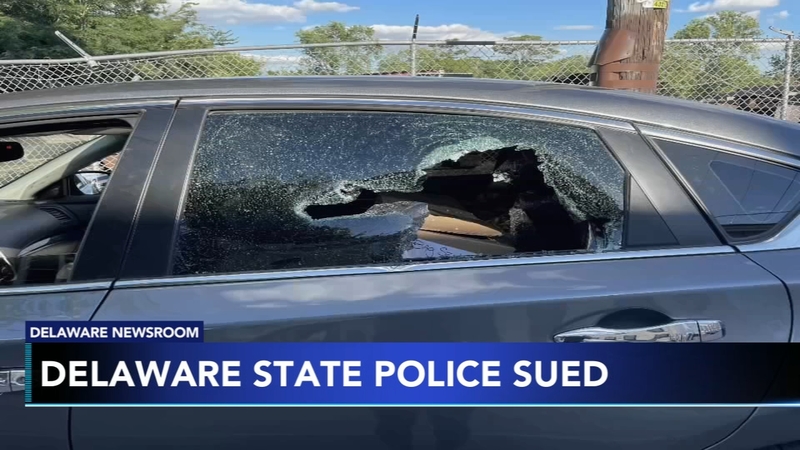 WILMINGTON, Delaware (WPVI) -- A woman has filed a federal lawsuit against the Delaware State Police after she says they mistakenly held her at gunpoint.

The incident unfolded on June 24 in Wilmington after Martiayna Watson had just left a gas station.

Watson says her car was cut off and then surrounded by four unmarked vehicles driven by four officers in plain clothes.

Attorneys claim the officers were looking for a Black man and woman driving the same type of car wanted for robbery.

According to Watson, the armed officers broke the driver's side rear window, and another officer pulled her out of the car and held a taser to her neck.

"I did nothing to no one and this is a shame I went through this. I want the officers to be held accountable," said Watson.

Watson says once the officers realized their mistake, they drove off, leaving her with the damaged car.

Action News has reached out to the Delaware State Police but we have not heard back.