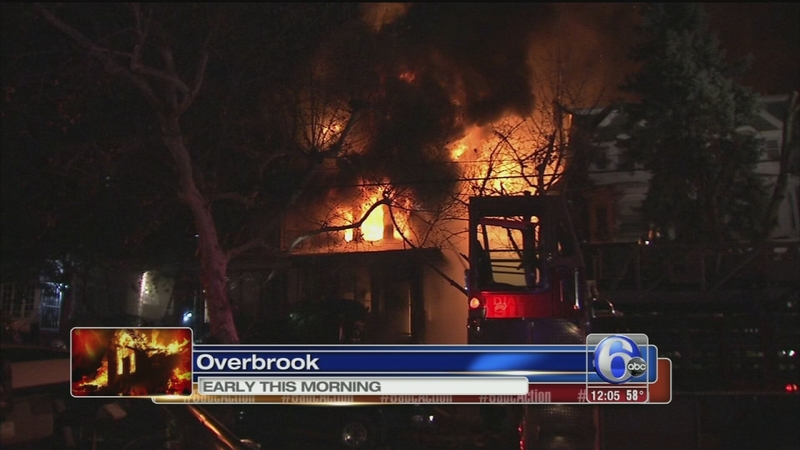 OVERBROOK (WPVI) -- A woman's nephew helped rescue her after flames spread through her Overbrook home in Philadelphia.

The fire broke out around 1:30 a.m. Wednesday inside a 2-story twin on the 6100 block of West Columbia Avenue.

Witnesses say the blaze started in the rear of the home and quickly spread, causing the roof to collapse.

The woman inside the home at the time said she was asleep when she heard glass breaking and her nephew's voice saying something was on fire.

Her nephew told Action News, "I was walking by to get a cigarette from the Chinese store when I saw my aunt's house on fire from the back. I kicked the window in to get her out."

The woman was not injured. She said the home had been in her family since the 1960s.

The home is now in ruins, and she believes the blaze may have started from an outside grill.

She told Action News that she left the grill secure and upright Tuesday night. She says when she fled the burning home early Wednesday, the grill was on the ground.

Neighboring homes had to be evacuated as a precaution. One was damaged by the fire.

The Red Cross arrived and is assisting nine people from three homes.