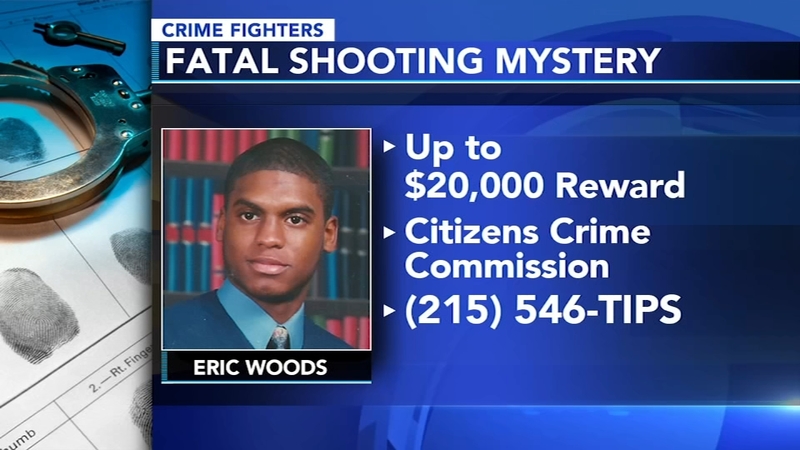 PHILADELPHIA (WPVI) -- Another painful anniversary has passed for a Philadelphia family mourning the loss of their loved one, eleven years later.

Monique Irvis tries to describe what her life is like without her son, Eric Woods.

"Eleven years later, I mean I go on a day-to-day, but like I always say you could smile but the pain in your heart is totally different," she said.

On Wednesday, August 1, 2007, the 19-year-old was playing in a neighborhood basketball game along the 1100 block of South Divinity Street in Southwest Philadelphia.

The game ended around ten that night.

Shortly after, police say shots were fired and Eric was fatally hit in the chest.

For me, I don't know if I've dealt with it. You go to those groups and stuff and it doesn't help me," added Monique.

There were others out at the court that night as well, but so far no witnesses have come forward.

Two of Eric's friends were right there when it happened.

Monique said, "Well the people that were around him that night all I want is just come up and say something. It's like do you want your mom feeling the same pain I'm dealing with?"

For Monique, she says sitting by her son's gravesite is something no mother should ever have to do.

"I hate it because it's not where I want to visit my son or where I should have to talk to my son. People don't know the effect it has and the pain it has," said Monique.
------
Send a News Tip to Action News
Learn More About 6abc Apps
Report a correction or typo
Related topics:
crime fightersphilly news
Copyright © 2021 WPVI-TV. All Rights Reserved.
TOP STORIES
Police name 2 suspects wanted for murder in Pat's Steaks beating
Body matching description of Gabby Petito found in Grand Teton: FBI
Eagles fall to 49ers 17-11 in home opener
Philly officials announce road closures in Center City
Flood victim given days to move out of apartment with missing floor
Eagles DE Brandon Graham injures Achilles, says he's out for season
32 injured after bus crashes on way home from retreat
Show More
Police investigate shots fired, illegal street stunts near Temple
AccuWeather: Sunny and Pleasant Start To The Week
Eagles fans allowed to tailgate for first time in 2 seasons
Pa. releases new data on breakthrough COVID-19 cases
Police: 3 dead, 1 injured in separate North Philly shootings
More TOP STORIES News