The shooting happened around 1:35 a.m. on the 200 block of Elm Avenue in Mantua Township.
WPVI
By 6abc Digital Staff and Trish Hartman 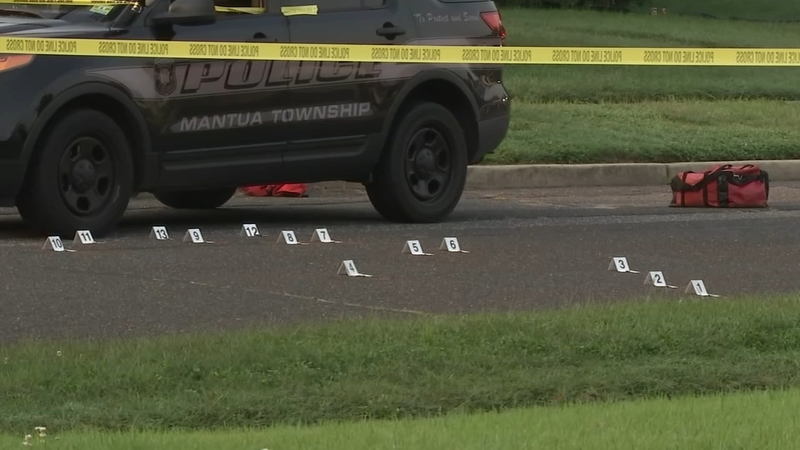 MANTUA TWP., New Jersey (WPVI) -- A man has died after he was shot by a police officer outside of a Gloucester County home early Tuesday morning, according to the New Jersey Attorney General's Office.

Two uniformed officers of the Mantua Township Police Department arrived at the scene in response to a 911 call.

According to the AG's office, officers encountered the man who was a resident of the home. Soon after, one of the officers fired his service weapon, striking the man who later died at the hospital.

There was no immediate word on what prompted the gunfire or how many times the officer fired his weapon.

NOW: Shooting investigation along the 200 block of Elm Ave in Mantua Township, NJ.

We count at least 12 shell cases next to the police cruiser.

At least 12 shell casings were in the middle of the road next to a police SUV in front of the home.

Authorities say a .45-caliber handgun was recovered near the man. He has not been identified.