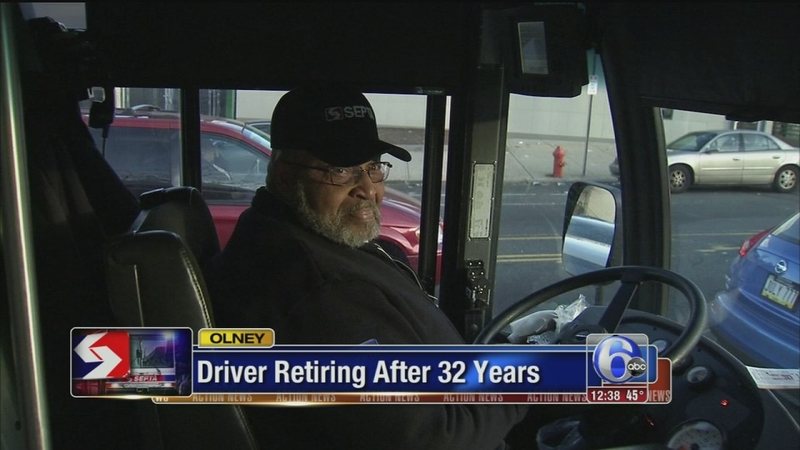 OLNEY (WPVI) -- A Septa bus driver who has ushered around residents of Mount Airy, Olney, Fox Chase and Cedarbrook for more than 30 years, took his final ride Monday.

Route 18 driver Winfred Holt Junior is retiring after 32 years with the transit agency.

Action News caught up with him during his run Monday morning in Olney.

Holt says he's met great people over the years, including his wife of three years. She even joined him on this final trip.

Now that he's retiring, Holt says he has no plans of slowing down.