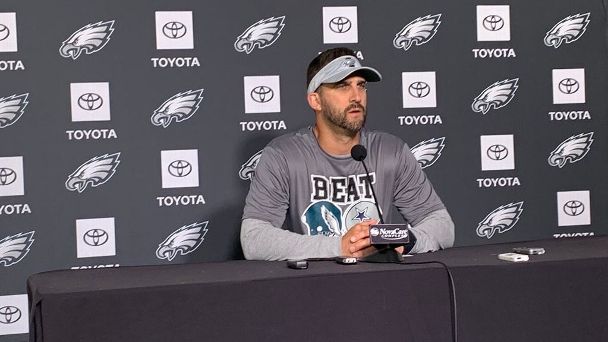 PHILADELPHIA -- Nick Sirianni is not easing his way into his first game against the rival Dallas Cowboys.

The Philadelphia Eagles coach sported a "Beat Dallas" shirt to his news conference Thursday, a refrain he's heard more from the fans than any other since taking over as head coach in January.

They're not the only ones embracing this NFC East rivalry. Right tackle Lane Johnson said the whole team got shirts. Sirianni also showed a video during a team meeting Wednesday morning highlighting the history between the two franchises, according to Johnson.

Sirianni said of all the NFL rivalries, this one reminds him the most of a classic college football rivalry. He's comfortable embracing it, even if wearing the T-shirt gives Dallas a little bulletin board material.

"Yeah, I'm sure they're going to have the picture of this shirt on there. And that's fine," he said. "With the rivalry and it being a division game, I don't know if anyone needs -- our side, their side -- needs any more bulletin board material or if it's even going to help, because we know how big the rivalry is and how much it means to both sides."

There were no "Beat Philly" shirts in Dallas, but Ezekiel Elliott was wearing a sweatshirt that read, "VICTORY."

"It means a lot. I mean definitely probably our biggest rival, especially since I've been here," Elliott said. "Probably the team I don't like the most. But Philly week is always fun. I know AT&T is going to be electric Monday night ... I think we're ready to go."


Would Elliott like to see his coach, Mike McCarthy, wear a T-shirt that reads "Beat Philly" or something worse?

"Nothing for real. I really don't try and pay attention to outside factors, outside of our organization. I just focus on what we're focusing on ... so it don't bother me," Diggs said.

The Eagles face the Cowboys on Monday Night Football at 8 p.m. EST on ESPN. 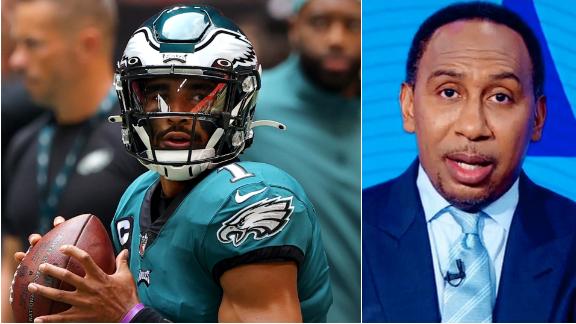