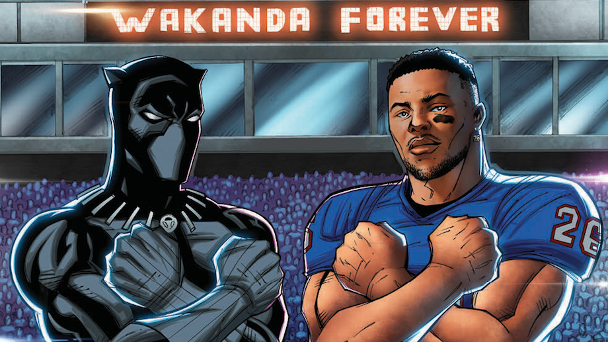 Saquon Barkleyis a superstar talent in the NFL -- and now he's gracing the same cover of another star -- one who might be even more popular than him.

The New York Giants running back will be featured on a variant cover of Black Panther No. 1, a reboot of the famous Marvel superhero story. Barkley is pictured on the variant cover next to T'Challa -- both of them brandishing the "Wakanda Forever" salute.


"I've been a Marvel fan my entire life, so appearing on a Marvel comic cover side-by-side with T'Challa, the Black Panther, is absolutely a dream come true," Barkley, 24, said in a release.

Barkley, the 2nd overall pick of the 2018 NFL draft out of Penn State, joked this past offseason that he was able to recover so quickly from his ACL injury because of a trip to Wakanda -- a fictional place known for otherworldly healing powers and resources. Barkley has previously been affiliated with Marvel productions, being a guest interviewee for the 2019 documentary "Celebrating Marvel's Stan Lee."

He will be the first of many athletes to grace the covers of Marvel's comic books, according to Kei Harris, chief operating officer of Hustl -- the company responsible for creating this special cover.


"We could not have asked for a better comic book or athlete for the launch of our collectible variant covers program...Saquon will be the first in a line of greats to appear on our exclusive, specially designed Marvel variant covers," Harris said to Onward State, a Penn State student blog.

The Black Panther No. 1 comic will be released on Nov. 10, with the Barkley variant cover priced at $29.99. This won't be the last time No. 26 will collaborate with Marvel, as the Giants have a Marvel-themed gameday event on Oct. 24. The team will release a comic book during the game involving Barkley and other New York players joining forces with the Avengers, according to Giants.com. 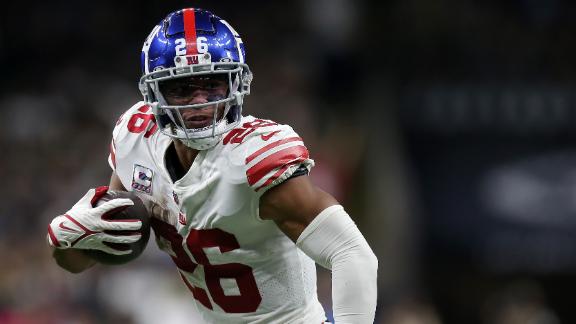