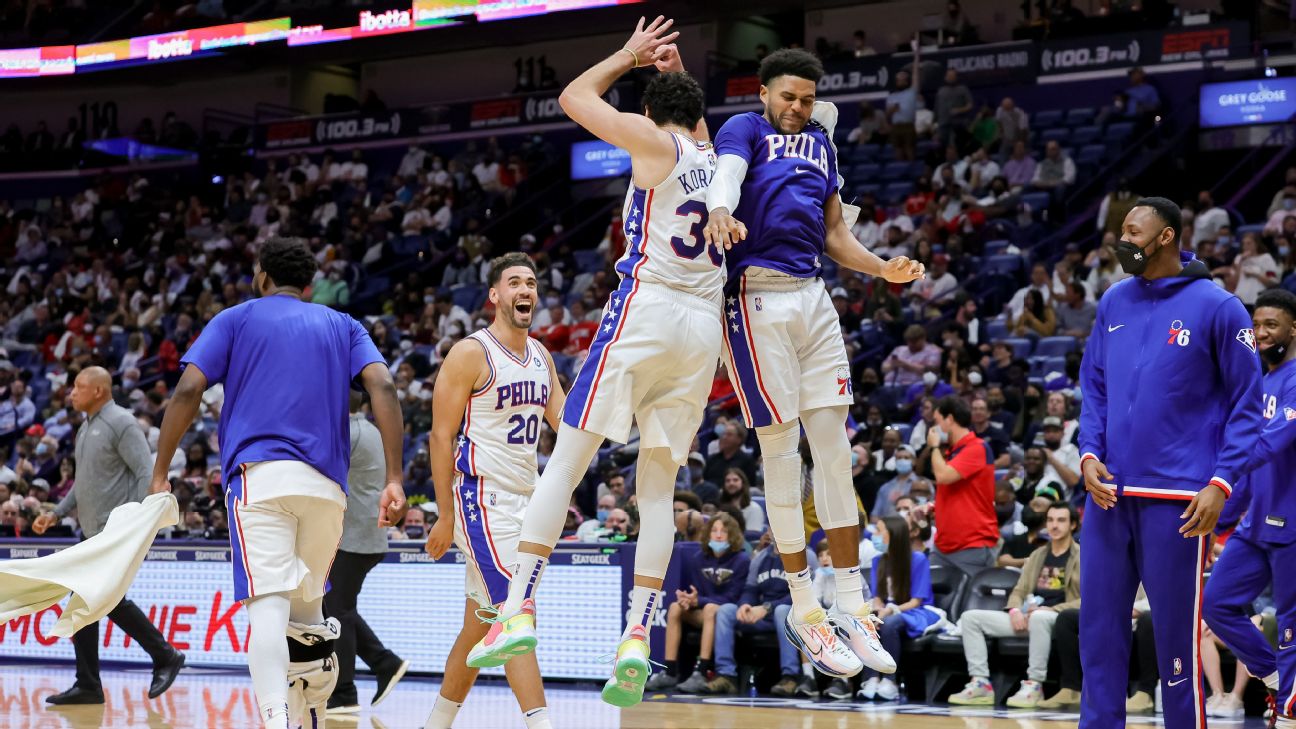 NEW ORLEANS -- After a stressful day Tuesday with Ben Simmons being tossed out of practice and then suspended, the Philadelphia 76ers players gathered for a team dinner after flying to New Orleans in an effort to clear the air.

After laughing and getting their minds off basketball for a few hours, the 76ers assembled a strong opening showing by blowing out the New Orleans Pelicans 117-97on Wednesday, showing good team chemistry along the way.


"It's good to just go out and kinda not talk about basketball and talk about life," said Joel Embiid, who scored 22 points and was able to take the fourth quarter off. "That's also an evolution for me, because I usually, when I used to go on the road, I'd just like to stay in my room and be on the phone and play video games."

During a big fourth-quarter run in which the team's bench led a surge that put the game way, the 76ers' bench was electric. After Furkan Korkmaz hit his fourth 3-pointer of the fourth quarter on his way to 22 points, starters Embiid and Tobias Harris embraced him as he came to the bench.

"[The players] have been normal, the only abnormal part is when they have to talk to the media afterwards and they're asked questions [about Simmons]," coach Doc Rivers said. "It's about playing basketball and growing together, and they've done a great job of that."


Rivers said it was unlikely the team would practice Thursday with the team flight not scheduled to land in Philadelphia until after 2 a.m. Where that leaves Simmons, who is expected to return to team activities, for Friday's home opener against the Brooklyn Netsis unclear.

"Our focus was always like zeroed into this game, but I think that just comes from a lot of guys having added opportunity here," said Harris, who had 20 points and 12 rebounds. "And really trying to figure out ways that they can maximize that type opportunity." 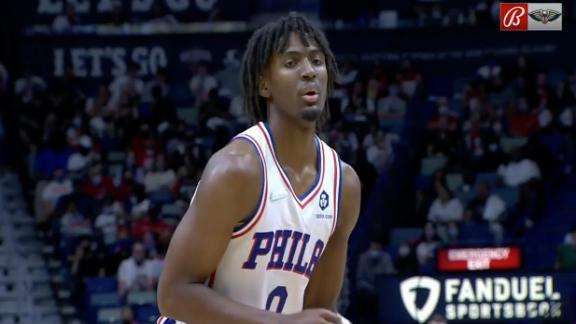