Tobias Harris expresses support for Ben Simmons after 76ers meeting: 'We have to be there for him... 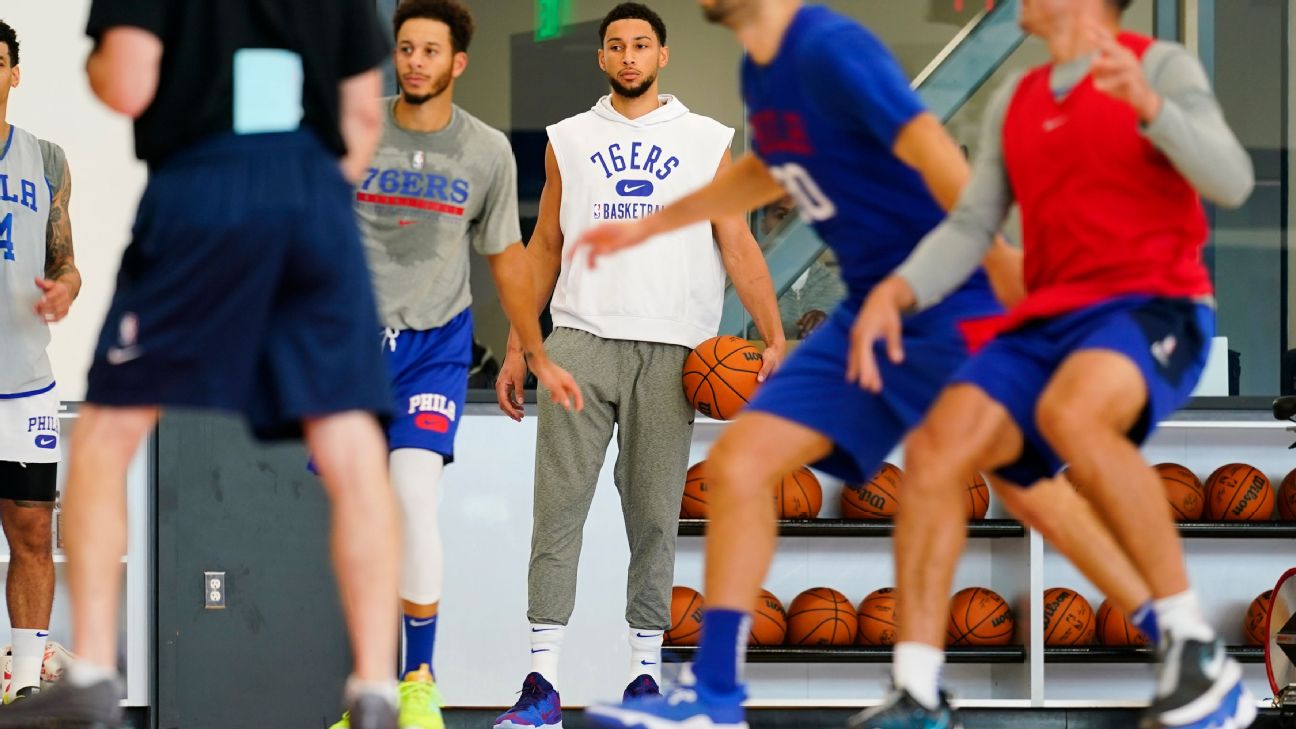 PHILADELPHIA -- In the wake of Ben Simmons meeting with and addressing his teammates for the first time since his holdout, 76ers forward Tobias Harris gave an impassioned defense of Simmons after Philadelphia's 114-109 loss to the Brooklyn Nets on Friday night.

"I think it's obviously a good start," Harris said. "But as I said, at this time we have to respect his privacy, his space, and we've got to be there for him, with what he's going through and this process.


"It's easy to look at something on the surface and come to assumptions on a lot of things, especially athletes. In general in this space we're depicted as superhumans, and you're not really supposed to have feelings or go through anything. So I think we just have to really understand he's a human first, and if he's going through something at times, we have to respect that and go through that as a team, organization, fans, all the way down the line.

"Because when he's in here putting on a show and helping us get wins, everybody is cheering and praising, but we live in a 'What have you done for me lately?' type world, but when that's not the case, it's easy to turn around. So at this time he needs more support. I just think we have to be there for him as a team, and I relayed that to the group. And I hope that message is loud and clear to the fans and everybody around the organization, and honestly, you guys, as well."

Sources told ESPN's Adrian Wojnarowski earlier Friday that Simmons plans to meet with medical professionals for an evaluation after telling the team he wasn't mentally ready to play to his expectations and needed time to step away.

Simmons met separately with coach Doc Rivers, medical staff and teammates Friday morning at the team's facility in Camden, New Jersey, and started a process that is expected to continue to keep him from making his season debut, sources said.

After he told the team's medical staff of his reasons for needing to seek help, the Sixers continued to offer Simmons whatever resources are necessary to assist him, sources said.

The Sixers have been fining Simmons for missing games, practices and meetings -- nearing $2 million this season -- but there is a provision in the collective bargaining agreement that protects players' salaries for failing to render services "if such failure has been caused by the player's mental disability."

Harris had tweeted in support of Simmons, who was ruled out of Friday's game for personal reasons, saying in part, "When he's ready, we will embrace our brother with love and handle our business on the court."

It was a similar message from 76ers superstar center Joel Embiid. Before the game, in his address to the fans jammed into Wells Fargo Center for Philadelphia's home opener, Embiid asked them to continue to support Simmons.


"It's good to have you back!" Embiid said, receiving another roar from the adoring crowd after waiting for a loud chorus of "M-V-P!" chants to die down before starting to speak.

"On behalf of my teammates, the organization and myself, I just want to say thank you for your support for all these years," he said. "A lot has happened the last few months, and I hope you guys continue to support us and our teammate Ben, because he's still our brother. Let's go!"

Embiid relayed a similar message -- if not tinged with a bit of frustration at how long it took for the team to finally hear from Simmons -- to the media postgame.

"It was good, finally, that was the first time any of us heard him," Embiid said. "I thought it was good for the group."

"Oh yeah," he continued, when asked if he thought things could continue progressing in a good direction with Simmons. "That's a first step. That's a start. Hopefully you know, like I always said, that's on the front office. Hopefully they figure out what's best, obviously, for the team because this is a business. We're trying to find ways to win and for us we have a big opportunity and like I always said we are better with him.

"I wouldn't mind playing with him; I know my teammates wouldn't because at the end of the day we're just trying to win."

Given all the drama that has surrounded Simmons going back to Game 7 of the Eastern Conference semifinals -- the last game played in this building that counted before Friday night's loss, which had a similarly ugly ending -- it was no surprise that the 76ers were going out of their way to speak positively about Friday's events.


Simmons has not addressed the media since ending his holdout to begin training camp last week. He returned to practice Sunday, after spending several days completing his reentry protocols in accordance with the NBA's health and safety protocols. He also practiced Monday then was thrown out of Tuesday's practice by Rivers and suspended for Wednesday's season opener at New Orleans.

Before Friday's game, Rivers -- who also framed the day as a positive step forward -- went out of his way to avoid putting any sort of timeline on how things will play out.

"I've felt good, up-and-down, throughout, and I kept saying that to you guys," Rivers said. "Things do change. That still doesn't mean that, you know, it's going to work out perfect. Or it could. I've always believed that. I've never wavered from that. I've said that a hundred times, and I still stick with it."

During the Sixers' pregame hype video, Simmons was briefly shown on the screen four times, including throwing down a pair of dunks.

Philadelphia also avoided the potential awkwardness of having to address the Simmons situation before the game by introducing only the starting five. Typically before a team's home opener, the entire roster is introduced. But by introducing the starters only -- and with Simmons not playing -- the problem of figuring out how to deal with his situation and the potential boos that could have come along with announcing his name was avoided.

There were plenty of boos, however, for how the game ended, with the 76ers failing to make a basket over the final 5:33 of the fourth quarter, allowing the Nets to go on a 16-1 run to end the game and storm back to get the win.

"The ball stopped moving," Rivers said. "Something we really worked our butts off on, and it was disappointing to see. I thought we started walking the ball up the floor, and then there were two or three plays where we didn't execute things we've worked on. So the good sign for me is how well we played. The bad sign for me is we can't finish games that way." 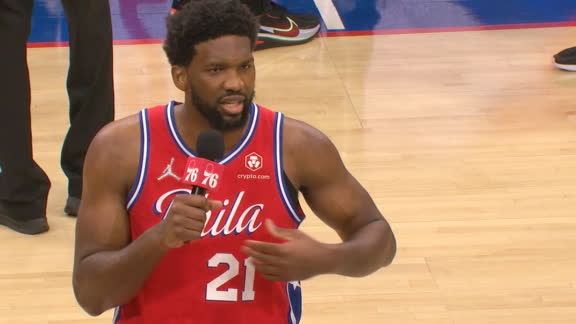