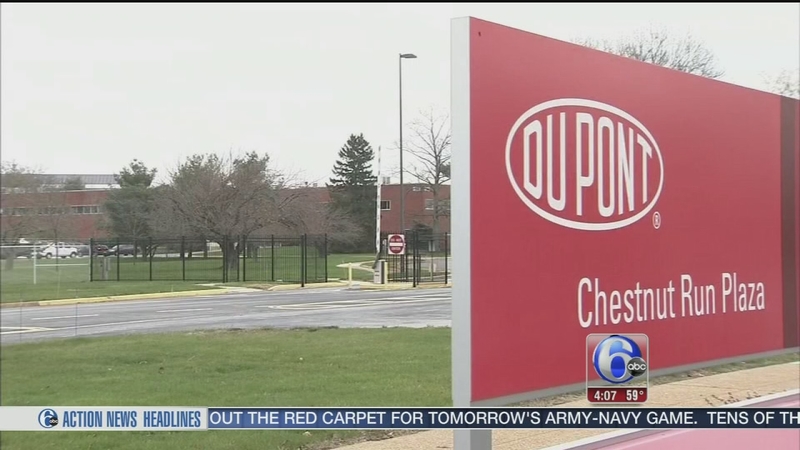 DOVER, Del. (WPVI) -- Dow Chemical and DuPont are merging to form a company valued at about $130 billion as they try to counter falling commodities prices and weakness in some key markets that have pressured their giant agriculture and chemicals businesses.

The combined company will be called DowDuPont, and the restructuring will have a big impact on the thousands of people in our area who work for both companies.

DuPont says it will be cutting its global workforce by 10 percent. With 7,000 employees in Delaware, there will be an impact.

Dow has 500 employees in Delaware, so streamlining will be necessary.

"There will certainly be an impact on those workers and families in Delaware and we in the state are here to support them," said Gov. Jack Markell.

DuPont and Dow have major footprints all across the region, from Delaware to New Jersey to Philadelphia to its suburbs.

The merger would combine two companies that sell agricultural products to millions of farmers around the world, and make a variety of chemicals for consumer and industrial products ranging from electronics, automobiles and household goods to building materials and safety equipment.

The all-stock merger calls for the companies to combine, then separate into three independent publicly traded companies focused on agriculture, material science and specialty products.

Liveris will be named executive chairman of the combined company while DuPont Chairman and CEO Edward Breen will be CEO. The company will have dual headquarters in Michigan and Delaware where the two companies are currently based.

In conjunction with the proposed merger, which is subject to regulatory approval, both companies are taking separate restructuring steps.

DuPont announced a company-wide restructuring plan to reduce $700 million in costs that includes employee and contractor layoffs affecting about 10 percent of the company's workforce. It expects to record a pretax charge of about $780 million, with approximately $650 million of employee separation costs and about $130 million of asset-related charges and contract terminations.

Dow, meanwhile, said it is taking full ownership of Dow Corning, currently a 50-50 joint venture between Dow and Corning. Dow said the move, expected to close in the first half of 2016, is expected to generate more than $1 billion in additional adjusted annual earnings and will increase its product offerings in the building and construction, consumer care and automotive markets.

The companies said the proposed merger of equals, approved unanimously by their respective directors, will result in cost synergies of about $3 billion that are projected to create approximately $30 billion of market value.