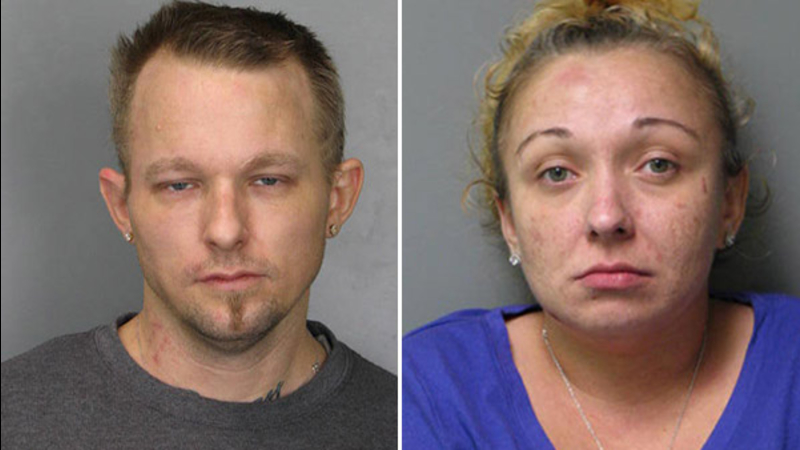 HARBESON, Del. -- A mother and father from Delaware have been charged in the death of their infant son.

Doyle J. Hundley Jr., 37, and Casey R. Layton, 28, both of Harbeson, are charged with first-degree murder and endangering the welfare of a child.

The couple's 3-month-old son, Aiden Hundley, was hospitalized back on May 23 after a 911 call saying the boy had suffered a seizure.

The infant was taken to a hospital in Lewes, then transferred to A.I. DuPont Children's Hospital in critical condition, suffering from broken bones and a head injury.

He remained on life support for five months and died on Sept. 22. An autopsy determined the cause of death to be homicide from blunt force trauma to the head.

State police say an investigation into the boy's other injuries pointed to abuse.

After reviewing the case, the Delaware Attorney General decided to file charges against the boy's parents.

Hundley and Layton were arrested Thursday at their home on Harbeson Road.

The couple's 2-year-old son has been placed in the custody of the Delaware Department of Services for Children.

Authorities say there is no evidence that child has been harmed.