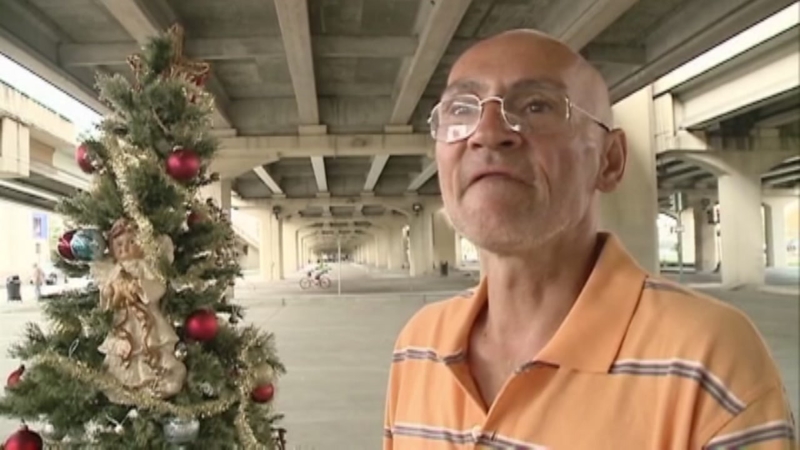 NEW ORLEANS, LA -- People in New Orleans are calling some city leaders Scrooges this holiday season after they ordered the sanitation department to get rid of a homeless man's Christmas tree.

Officials say the tree was a code violation, but after people in the community heard what happened, dozens showed up -- decorations and all -- to do something about it.

Resident Kelly Caruso donated a tree. She said, "I don't care what code violation it is. It's the holidays. And these people need everything that can uplift them as much as they can."

The man who received the trees who identified himself as John, said, "See, that's what we can do by helping others. You don't have to have thousands of millions to help somebody."

John ended up with more trees than he could handle, so he decided to share his trees with others living nearby.