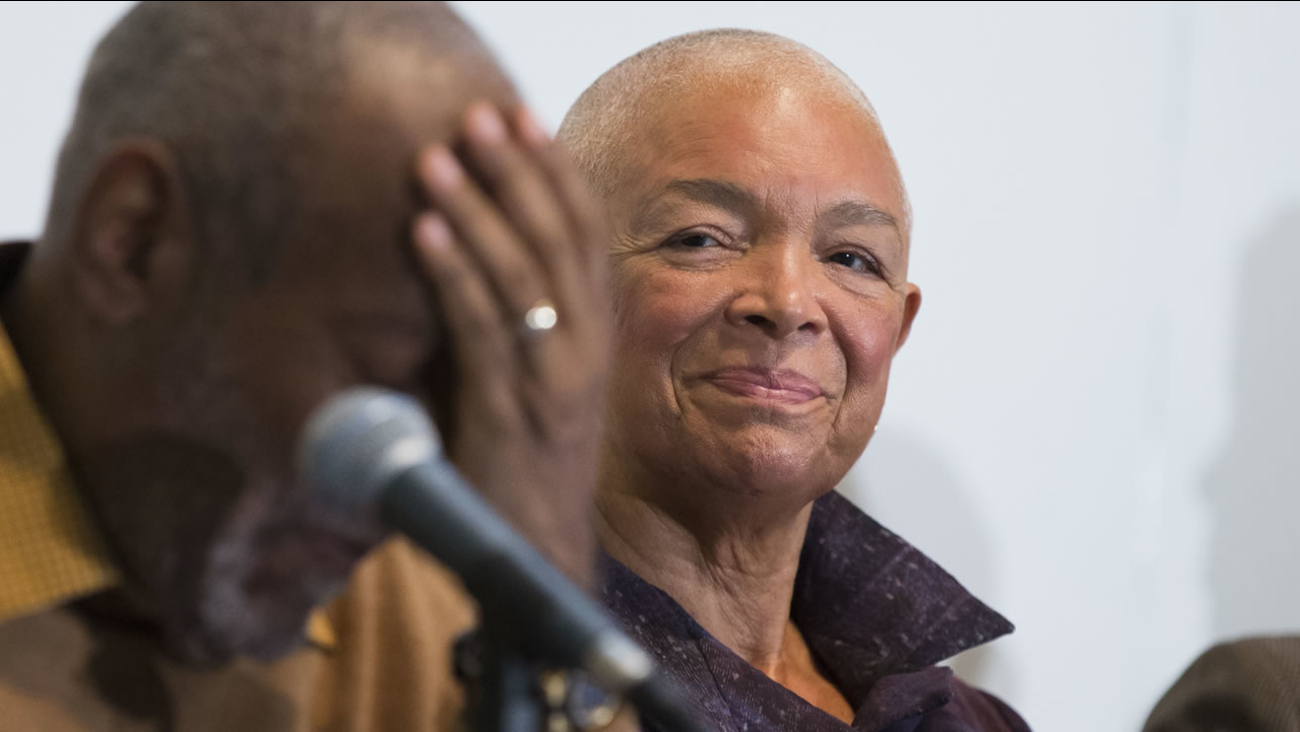 In this Nov. 6, 2014 file photo, Camille Cosby, right, looks on as Bill Cosby speaks during a news conference (Evan Vucci)

SPRINGFIELD, Mass. -- A federal judge has agreed to postpone the deposition of Bill Cosby's wife in a Massachusetts lawsuit that accuses the comedian of defaming several women.

Camille Cosby had been scheduled to be deposed Wednesday in Springfield by lawyers for the women who said Bill Cosby sexually assaulted them decades ago.

She appealed and on Monday asked Hennessey to put off the deposition until the appeal is heard.

The judge agreed Tuesday to the postponement, saying it would be unfair to deny Camille Cosby her right to appeal. But he also said if the appeal is denied, the deposition should be rescheduled as soon as possible.