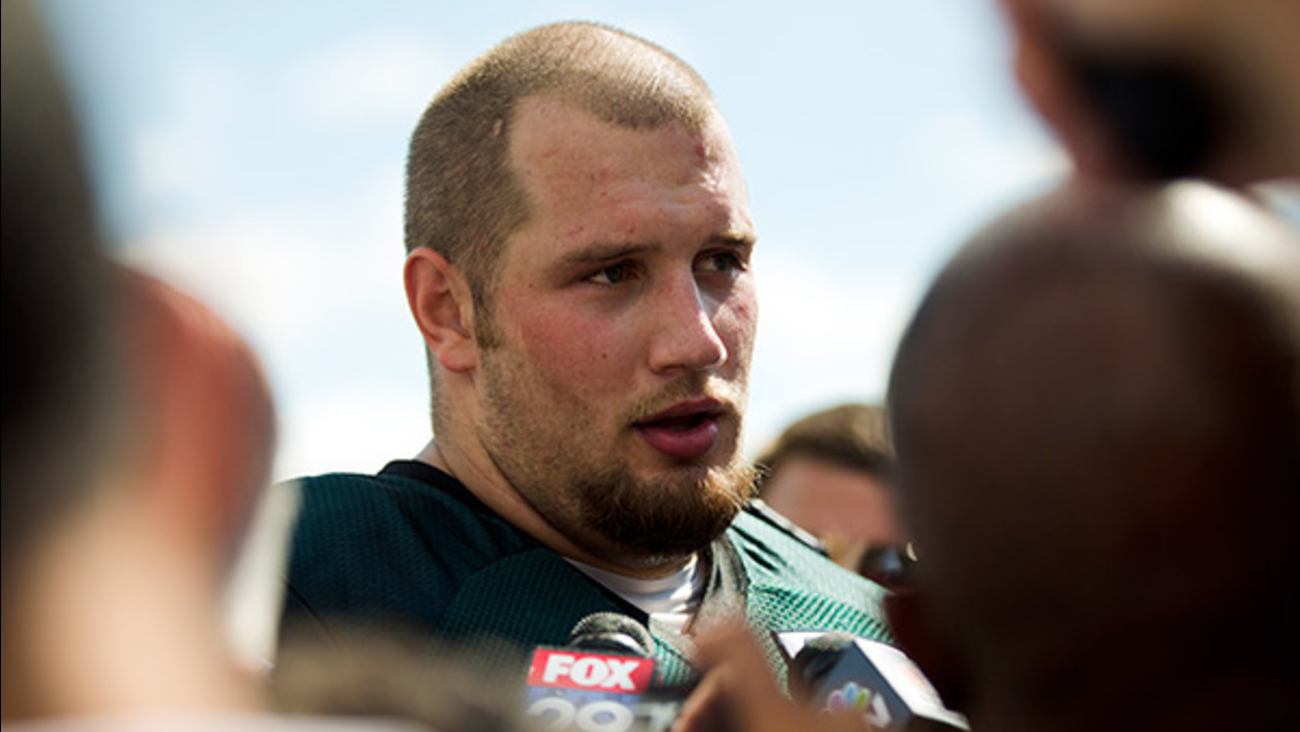 PHILADELPHIA (WPVI) -- The Philadelphia Eagles announced Friday they have agreed to terms on a six-year contract with Offensive Tackle Lane Johnson.

The deal locks Johnson in through 2021.

Johnson was selected by the Eagles as the fourth overall pick in the 2013 NFL Draft, and has started all 45 games in which he had played with Philadelphia.

The Eagles point out: "As a rookie in 2013, Johnson paved the way for RB LeSean McCoy who set a new single-season franchise rushing record (1,607 yards), while helping the Eagles offense notch the second-highest rushing-yardage total in team history (2,566)."

Johnson played quarterback in high school, but failed to get recruited. He then played one year as quarterback at Kilgore College in Texas before transferring to the University of Oklahoma where he transitioned to tight end and defensive end before finally finding a home at offensive online.

Lane Johnson's signing comes on the heels of another big signing by the Birds. On Monday the Eagles signed Zach Ertz to a five-year contract extension.

#Eagles getting busy. The team and Lane Johnson agree to terms on a 6-year contract through 2021. @6abc pic.twitter.com/bWPqMeJ9Yc

The #Eagles and LT Lane Johnson agree on a 6-year contract. He's now signed through 2021.