12-year-old victim speaks after being shot at park in Wilmington, Delaware 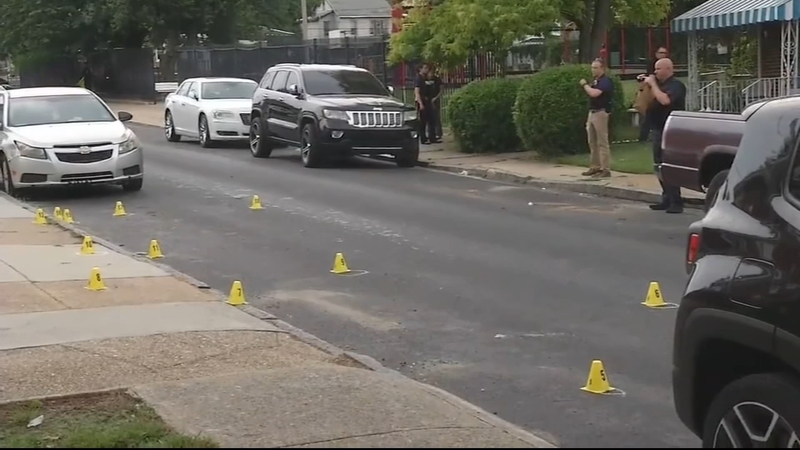 WILMINGTON, Delaware (WPVI) -- Wilmington police are looking for whoever is responsible for the shooting of two juveniles.

The incident happened Wednesday around 5:45 p.m. on the 2900 block of North Madison Street.

Police say shots were fired outside a nearby park, striking a 12-year-old male and a 16-year-old female.

"My heart dropped," said Olivia Clark, the mother of the 12-year-old victim.

Clark says she was in a panic Wednesday when her son, Raeez Clark, called saying he had been shot.

Clark was released from the hospital Thursday and showed Action News his bandage from where a bullet struck him.

Clark adds all he could do was run when he heard a barrage of bullets and doesn't feel safe going back to the park now.

He's part of an anti-violence foundation, and the founder told Action News even though Clark is involved in her group, it seems the gun violence is unavoidable in the area.

"It's sad that our children can't go to the park and play. It's too much going on out there," said Margaret Guy, the founder and executive director of Stop the Violence Prayer Chain Foundation.

Wilmington police said they are aware of the increase in gun violence and are doing everything they can to combat it.

The office of Chief Robert J. Tracy sent Action News this statement:
"Communities large and small across the country reported record increases in firearm violence and murders last year, even amid reductions in overall violent and property crime. Unfortunately, many communities have seen continued increases into 2021, and Wilmington has not been immune to this nationwide trend."

Police did say juvenile shooting victims are down.

If you have any information, you are asked to contact Wilmington police.